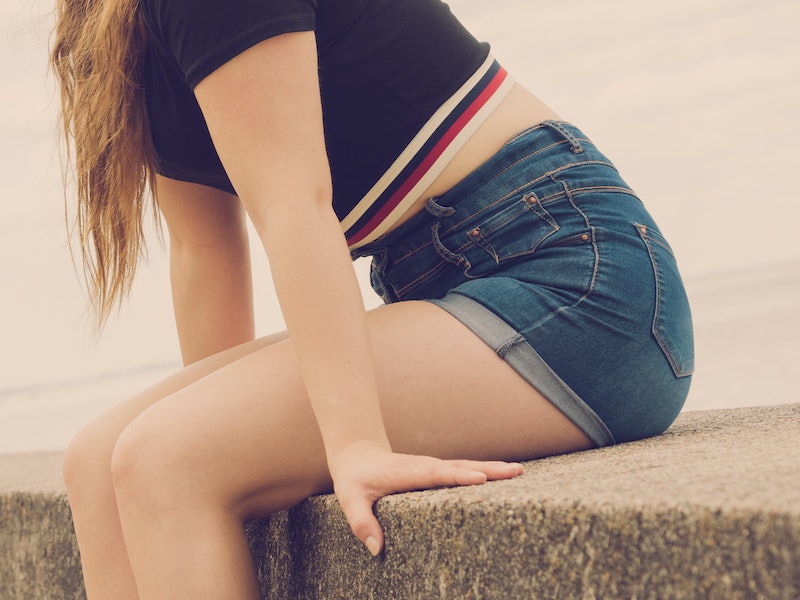 One of the best things about summer is getting to shed those winter layers, and finally unearthing those shorts, dresses, and tank tops. Unfortunately for residents of one Alabama city, it might be a lot more difficult to enjoy that feeling next year. Dadeville, Alabama wants to ban short dresses, saggy pants, and shorts, according to reports — and you seriously won't believe the reason why.

According to the local outlet Alex City Outlook, it all started last month when council member Frank Goodman proposed banning saggy pants, or what he calls "slacking." Goodman argued that "slacking is disrespectful," and gives "our younger generation the wrong impression of what is cool." Several council members offered their support on the ban, but others expressed concern that the ordinance only seemed to be targeting men and suggested expanding it to include women's clothing.

“My concern is it should be for everybody,” council member Stephanie Kelley said, per Alex City Outlook. “I think for the girls, with these shorts up so high looking like undergarments and dresses so short, I don’t want us to be showing favoritism.”

I bet you can see where this is all leading. Now, in order to keep things equal among genders, the town is saying that it's only fair that they ban short shorts and dresses, in addition to baggy pants... Or maybe they could just let people wear what they want to wear because this is 21st century America? Just a thought.

As you can probably imagine, the proposal isn't going over entirely smoothly. Residents have already begun protesting on Facebook, calling the proposed ban "ridiculous," and a bad lesson that “you’re supposed to be respected by what you wear.” Despite the backlash, there's apparently enough support that the council is bringing the ordinance regarding saggy pants (with the possible addition of the short shorts ban) to a vote soon.

Yikes. All I can say is, this seems like quite an awful lot of time and energy to spend on a non-issue. It's 2015. How is dressing the way you want to dress, without interference from your local city council still an issue? Not to mention, all of that effort would probably be put to much better use on the myriad of other problems that I'm sure the city, like any other city, has to deal with.

Bustle reached out to Dadeville city council for comment, but did not receive response by press time.

More like this
The Families Of Grenfell Tower Are Still Waiting For Justice, Five Years On
By Bustle UK
How To Get Your Hands On Manolo Blahnik’s Latest Birkenstock Collab In The UK
By Vivian Iroanya and Rachel Mantock
Rihanna’s Makeup Artist Isamaya Ffrench Is Launching Her Own Makeup Line
By Tomi Otekunrin
How To Style Your Hair For A Festival, According To Maya Jama’s Hairstylist
By Tomi Otekunrin
Get Even More From Bustle — Sign Up For The Newsletter