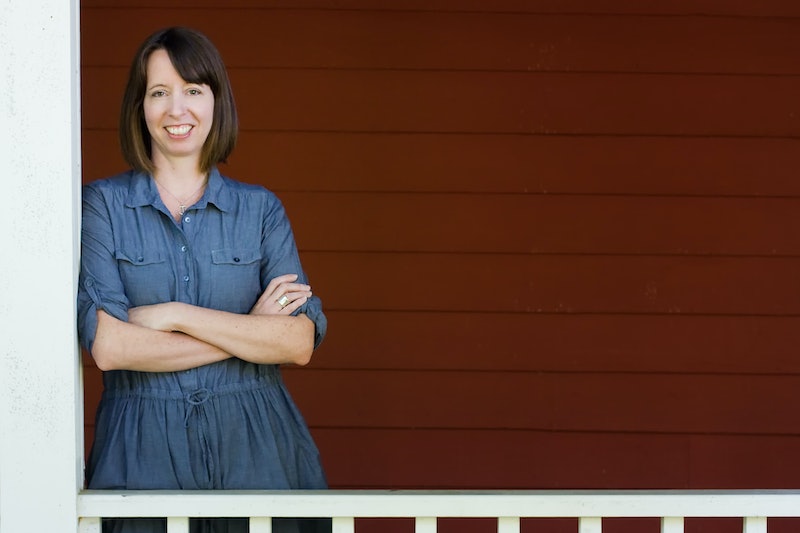 Sara Zarr and Tara Altebrando's collaborative novel hides an honest meditation about a precise time in teenagers' lives behind a silly name. Roomies (Little, Brown) uses the story of two teenage girls, Elizabeth and Lauren, to ruminate on friendship, family, and sexual relationships in the few months before everyone disperses for college.

"I feel a weird sort of impatience to be gone already and not spending all the time that I have left here leaving," Elizabeth says in the middle of one of her 'goodbyes.' She likens the few weeks before travelling to college as being a "passenger on a sinking ship."

The novel begins when Elizabeth receives an email from the housing department University of California, Berkeley with the contact information for Lauren, her future roommate. Zarr and Altebrando then each take a character and tell their story of that final summer, and the book becomes two intertwining novels in one. And it works. Each author is then able to build their own voice without making the novel seem disjointed.

Elizabeth is an only child from New Jersey, whose father left her mother several years before. Lauren, on the other hand, has a large family with several young siblings and married parents. The juxtaposition between the two is so stark in comparison that it almost seems forced by the authors. Elizabeth plans to use her college education to pursue a career in landscape architecture and spends the summer before volunteering at a landscape company, where she meets a boy who draws her attention, despite she having a boyfriend. Lauren, meanwhile, would "like to be in a lab. Sterile, quiet, isolated," presumably because of her rambunctious family. She spends her summer working at an insurance company and a sandwich shop — where she gets close to Keyon, her boss' son and a popular guy at her high school.

From an adult reader's perspective, Lauren, Elizabeth, and many secondary characters can, at times, seem close-minded and short-sighted. But when considered from a teenager's own eyes, Zarr and Altebrando are spot on.

Lauren wavers between waiting to call or text Keyon, with whom she has been flirting, or getting in touch. As an adult, it's hard not to want to dole advice to the character, which only shows how authentically Zarr and Altebrando are able to write from teens' perspective. Keyon, himself, also feels naïve in a way some teenagers are about their future; he's just sure he will make tons of money selling DVDs from Goodwill on eBay. DVDs.

This honesty in perspective makes a moment later in the novel stand out as perhaps having too much interference from the adult writers. One of the girls has been given a "Love" necklace.

I … find myself wanting to cry again. Because it's almost as if I can see into the future, and see a time when the necklace won't fill me with warm feelings but will sit in my jewelry box collecting tarnish and getting tangled after this whole thing has run its course.

This sentiment, while compelling and emotional, seems a little insincere from a teenager's perspective, who is planning a long-distance college romance with her boyfriend.

But the authors manage to make moments like this an anomaly, instead evoking authentic emotion in the story. Both girls spin their own tales of managing friendships, dealing with new and old relationships, questioning sexuality and losing their virginity, and coping with family drama. And while the story is superficially about Elizabeth and Lauren, Zarr and Altebrando achieve much more by using the stories as a vessel to talk about themes of loss, friendship, nostalgia, and growing up.

One of the most compelling elements of the story is its reflections on friendship, from both the adult and teen characters. Both Lauren and Elizabeth cope with changing relationships with their childhood friends as each of them grow up, while the two girls write emails to each other, looking to a friendship they haven't yet started in person — though at first Elizabeth imagines will be just perfect.

Lauren's father tells the story of his college roommate, Dale Greenwald, who he rarely speaks to anymore. Lauren asks:

Also I wonder about Dale Greenwald, and how he and my dad never talk. Is that the destiny of all friendships, no matter how good they are? To die out or fade away? To end?

Later, a high school friend of one of the girls says, "Sometimes I'm not even sure I like you that much anymore, but I still love you."

It must be noted that the two girls, with all of the technological advances of 2013, only communicate by email most of the way through the book. It must be noted because the authors seem adamant on pointing out that their logic is solid on this point, almost to a point of distraction. Elizabeth at first thinks that email from her dusty laptop seems more official than from her phone; Lauren can't afford a smartphone; and Lauren is disdainful of people, especially her friend Zoe, who are attached to their personal communication devices. But Zarr and Altebrando's conviction on this point still won't convince most readers that they couldn't call, Skype, or text once they got an initial email out of the way.

Roomies is an honest portrayal of the summer before college and would make a perfect read for a woman graduating high school or anyone going through a major transition — and it hits with authentic emotion on themes that will affect adult readers just as strongly as teens.