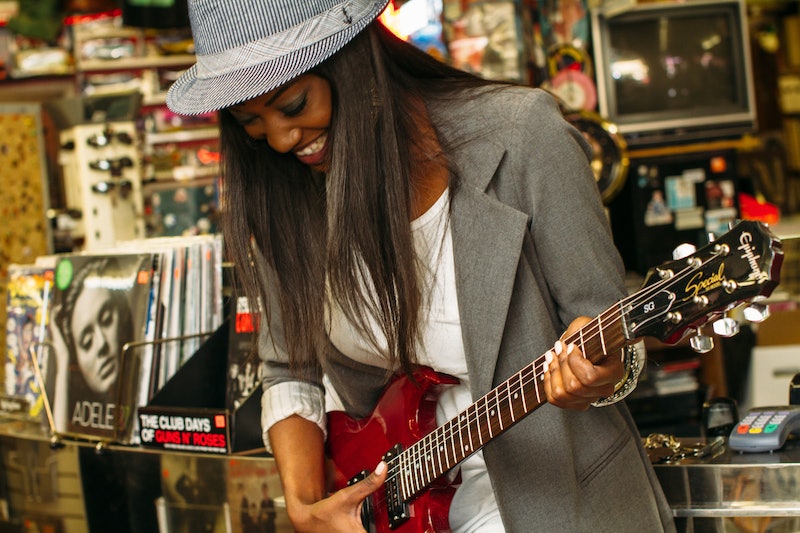 Truly fulfilled people are not an anomaly. They're not rare, either. We just think they are, because media focuses on the tragedies of the world, and celebrity news isn't celebrity news unless we're hearing about someone's breakdown. We're comforted by the idea that other people suffer, because it makes our own experiences seem that much more palatable. This, combined with the fact that major marketing and advertising essentially runs on you feeling less than satisfied with your life... no wonder we think that being fulfilled is such an elusive, impossible feat.

We're taught a lot of things growing up, but as I've said a million times, emotional intelligence wasn't really one of them. This is really not anybody's fault, just not where we were as a humanity. But we're there now. And it's time to talk about what it takes to be truly fulfilled, because it's what we all want and yet what we can't seem to grasp. A lot of the basic ins and outs of their daily lives are more simplistic than you'd guess and more counter-intuitive than you'd hope. The core of being a truly fulfilled person is about learning how to adopt a better logic in place of a survival instinct. This, and all the other things truly happy people learn to master early on:

Staying In Their Own Lane

The kind of people who stay in their own lane are also the kind of people who are able to genuinely happy for others, as they realize that other people's successes do not rob or somehow lessen their own. It is the realization that every person's path is unique and solely theirs, and cannot be found or followed by taking cues from someone else's life (therefore, comparing is a waste of time).

Having Self Control For The Sake Of Something More Important

People who fulfill their dreams and wants and desires are the ones who are able to sacrifice feeling momentarily uncomfortable for the much more important alternative. They understand that anything worthwhile requires stepping out of your comfort zone. So they seek what they want, not what they've known.

Truly fulfilled people manage one particularly important balancing act: finding a deep love and gratitude for the little things in life, all while maintaining trust in the bigger picture, even if we don't know what it is yet. It's in appreciating everyday life that you find a love that's worth living for. It's in trusting that it's all for something important that you live a life worth loving for.

The Ability To Fight Smart

This is one of the most important things anybody can master doing, because everybody will have to do it at one point or another. You can't sit complacently with the circumstances of your life, but at the same time, you don't want to be "fighting" them in such a way that's counterproductive. The art of war (especially subtle war, against your partner or your employer or your family) the kind where you don't actually want to defeat anybody but just be heard and understood and compromised with, is a delicate, fine-tuned skill.

People do not exist on one single scale that separates "good" from "bad," and the farther you are toward "good" = the more love you receive, the more money you make, the happier you feel. The only thing in life that's competitive is you vs. yourself. Sure, it's how you grow and evolve and better yourself, but it's also how much you hold yourself back. That's the way you defeat yourself before anybody else has a chance to: by assuming you're less because someone seems to be more.

Choosing To See The Good In Others First

Some people immediately try to identify and pick apart people's faults and then some others try to find the goodness and humanity and sameness within them. Guess which camp is happier? Guess which has genuine lasting relationships, and guess which is more satisfied with themselves? Yeah, not hard to figure out.