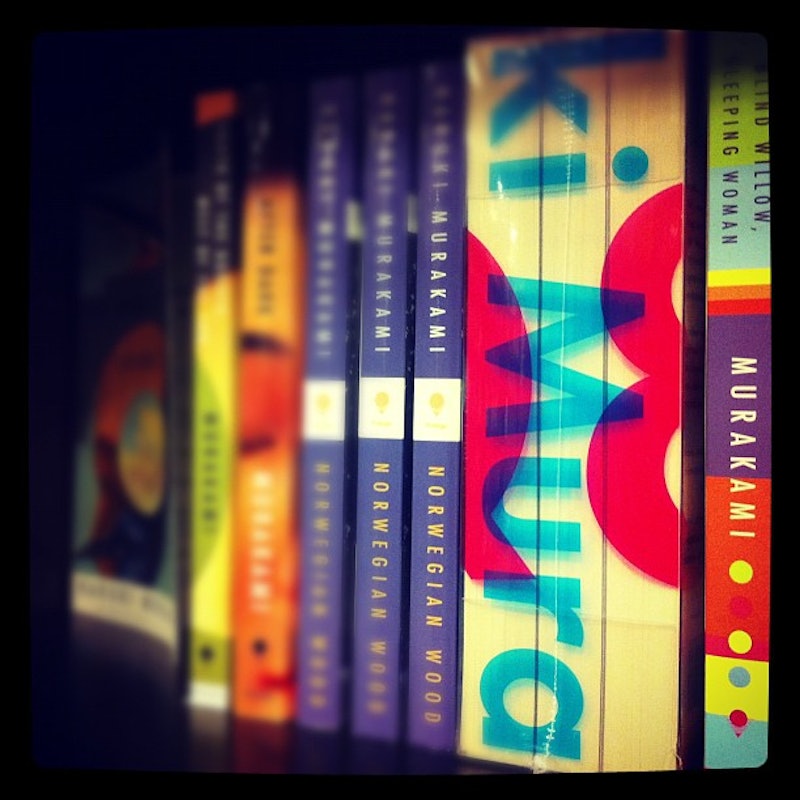 Haruki Murakami might be most well-known for his out-there novels in which magical realism, mysterious people, and vanishing cats are the norm. (There's actually a Murakami Bingo Card for readers to fill out as they go through his works, because his tropes tend to show up over and over again throughout his many novels and short story collections.) But in between these strange elements, readers will find some of the most beautiful writing around. Within his stories, Murakami offers insights into life, love, knowledge, and loss, often exploring them through his characters. He might not always write about the happiest of people, but they are some of the most insightful.

And in case there were ever any doubt that Murakami knows his stuff: He was recently given an advice column, and the highlights are being compiled into a book. If you missed out on your chance to ask Murakami himself for some insight into your life and problems, have no fear. Here are 20 of his most inspiring quotes on life, loss, and everything in between. They'll give you some much-needed perspective whenever you need it.

"Whatever it is you're seeking won't come in the form you're expecting."

"Life is not like water. Things in life don’t necessarily flow over the shortest possible route."

"Even if we could turn back, we'd probably never end up back where we started."

"But who can say what's best? That's why you need to grab whatever chance you have of happiness where you find it, and not worry about other people too much. My experience tells me that we get no more than two or three such chances in a life time, and if we let them go, we regret it for the rest of our lives."

"What we call the present is given shape by an accumulation of the past."

"Even castles in the sky can do with a fresh coat of paint."

— South of the Border, West of the Sun

“The truth sometimes reminds me of a city buried in sand. As time passes, the sand piles up even thicker, and occasionally it's blown away and what's below is revealed.”

"Anyone who falls in love is searching for the missing pieces of themselves. So anyone who’s in love gets sad when they think of their lover. It’s like stepping back inside a room you have fond memories of, one you haven’t seen in a long time."

"The human heart is like a night bird. Silently waiting for something, and when the time comes, it flies straight toward it.”

“I was always hungry for love. Just once, I wanted to know what it was like to get my fill of it -- to be fed so much love I couldn't take any more. Just once. ”

“No mistake about it. Ice is cold; roses are red; I'm in love. And this love is about to carry me off somewhere. The current's too overpowering; I don't have any choice. It may very well be a special place, some place I've never seen before."

“What matters is deciding in your heart to accept another person completely. When you do that, it is always the first time and the last.”

"Pain is inevitable. Suffering is optional."

"But the absence of fighting or hatred or desire also means the opposites do not exist either. No joy, no communion, no love. Only where there is disillusionment and depression and sorrow does happiness arise; without the despair of loss, there is no hope."

— Hard-Boiled Wonderland and the End of the World

"People’s memories are maybe the fuel they burn to stay alive."

“Why do people have to be this lonely? What's the point of it all? Millions of people in this world, all of them yearning, looking to others to satisfy them, yet isolating themselves. Why? Was the earth put here just to nourish human loneliness?”

"Every one of us is losing something precious to us. Lost opportunities, lost possibilities, feelings we can never get back again. That’s part of what it means to be alive."