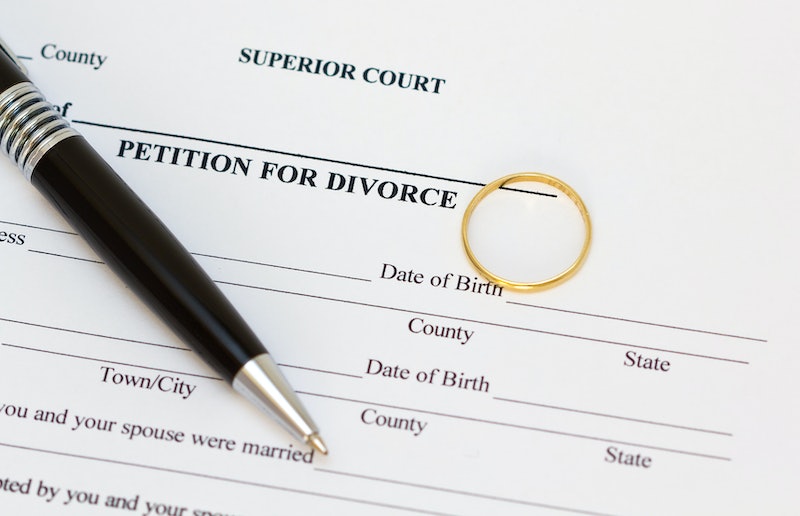 Lynn Beisner has an interesting essay at The Good Men Project about getting divorced from her first husband, who informed her one day after years of marriage: “I never really loved you. I married you because I thought that was what I was supposed to do.” How does one even handle that? It turns out most people who get that particular bomb dropped on them handle it in remarkably similar ways.

According to sociologist Joseph Hopper, there's a distinctive pattern in the stories people tell themselves, their spouses, and others during a divorce. Though Hopper writes specifically about marriage breakups, his ideas seem applicable to the ending of any sort of serious relationship. It's common, says Hopper, for the person initiating a divorce or breakup to cast the relationship as doomed or flawed to begin with — a situation where he or she "never really loved" the other person. This serves to invalidate the relationship without working as a strike against marriage or relationships in general. It's not that love/monogamy/marriage or you are flawed, it's just that this particular situation wasn't right to begin with.

In the narrative constructed by the divorce initiator ... individuals begin by focusing on the negative aspects of the relationship to the exclusion of anything positive. This negative frame is then applied to memories of the relationship going back to its inception. ... This cognitive annulment frames the marriage as having been created under some delusion or falsehood which the initiator has just become aware of. The divorce is not just inevitable for this person; it is a requirement for correcting a serious error.

Meanwhile, the dumped partner copes by holding the breakup-initiator responsible for everything.

"Most non-initiators construct a narrative in which a valid marriage was rendered invalid by the deception of the initiating spouse. With this narrative, which Hopper calls 'the Big Lie,' non-initiators account for why they did not initiate divorce themselves if it was as irretrievably broken, as they claim, or fraudulent all along as their partner claims."

I'm at that point in my life where the first big round of friends' marriages has passed and the first small wave of divorces is underway. And I've definitely seen these sorts of arguments and attitudes in friends. But I know I've engaged in this myself, too, during a serious (non-marriage!) breakup. For a long time, it was easier to other-ize my ex into some sort of unrecognizable sociopath than think about things in a more nuanced way.

While this probably served a healthy psychological purpose for a time, continuing to do so indefinitely seemed like a form of denial, and I eventually developed a new way to think about the whole experience. If there's a takeaway from Beisner's piece and Hopper's theories, I think it's that these sorts of narratives and coping mechanisms are perfectly normal and healthy when you're getting a divorce or going through a breakup. But it's probably a good idea, too, to revisit your narratives from time to time and make sure they're still serving you positively.

More like this
GIRLI & Q Fell In Love At A Skatepark & Never Looked Back
By Jessica Morgan
TikTok’s Viral “Rating Game” Is Exposing Everyone’s Icks
By Courtney Young
Are Gemini & Leo Compatible In A Relationship?
By Kristine Fellizar
Melony & Gia Prove That Couples Who Grow Together, Stay Together
By Jessica Morgan
Get Even More From Bustle — Sign Up For The Newsletter