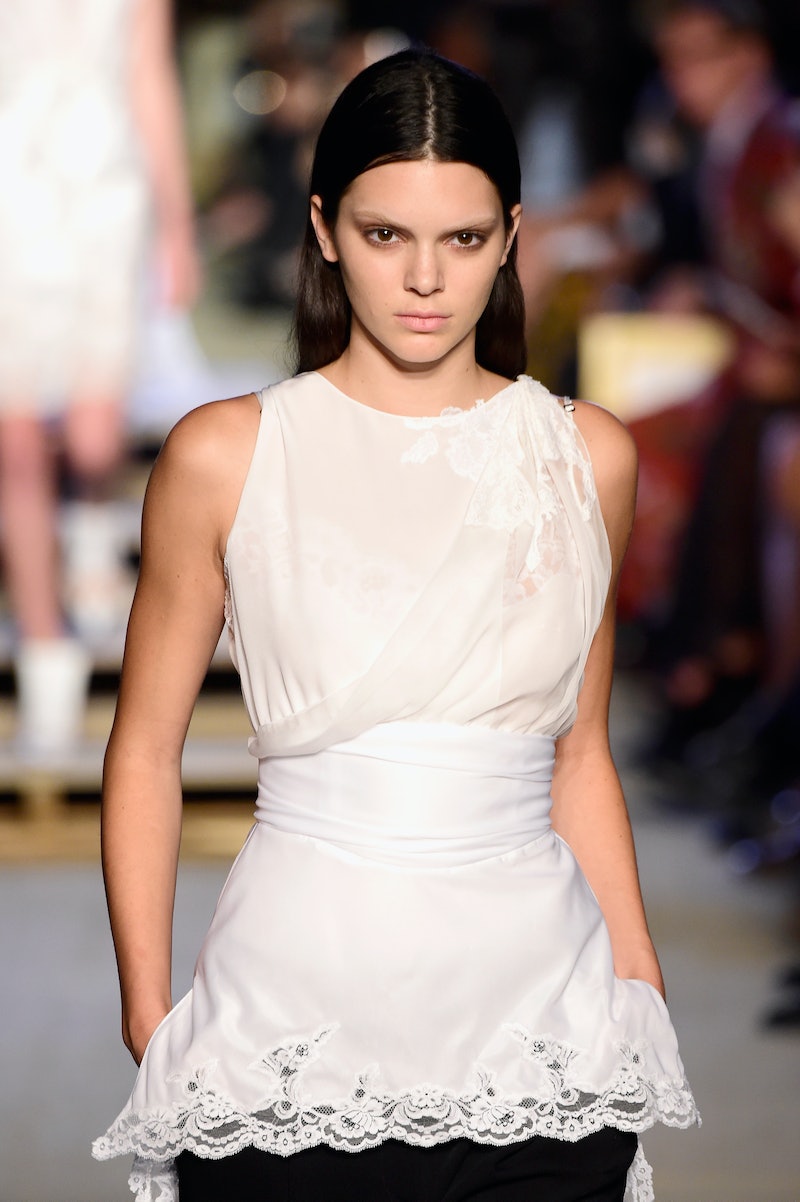 We’re already halfway through New York Fashion Week, and no doubt social media feeds have been bombarded with runway snapshots, backstage clips, and all the trend analysis a girl could ask for. Though fashionistas have not seen or heard much from the reality star-turned-supermodel thus far, Kendall Jenner's NYFW Instagrams have yet to disappoint. This week marks the eldest Jenner’s second involvement in the fashionable festivities, and it’s becoming more apparent that the runway is definitely where this young woman belongs.

For the majority of their lives, the Jenner sisters have been known as just that: the Kardashian trio’s baby half sisters, trailing a few years behind. It wasn’t until last year that Kendall and Kylie skyrocketed to social media stardom, eventually building a successful career outside reality TV, diving into the world of beauty and fashion. A few years back, I couldn’t tell you who Kendall was. Now? The 19-year-old has created a style empire and modeling career entirely separate from her sisters' fame.

So far this NYFW, Jenner has walked the runway for Diane Von Furstenburg, showcasing the designer’s 2016 collection clad in a butterfly detailed romper. She also had the honor of participating in Givenchy’s first NYFW show. Not too shabby.

Unfortunately, Fashion Week will come to a close Thursday, but there is still time for Jenner to strut the city's catwalk over the next few days. Personally, I’ll be on the lookout, but until then, I'll be sure to keep tabs on her Insta for some behind the scenes content.

Check out all of Jenner's NYFW Instagram photos thus far below.

High-end designers and Steven Tyler. This Jenner sure knows how to party with the best of 'em.

3. Cunning On The Catwalk

I'm almost positive this girl's facial expression could not get any more fierce if she tried.

I can only imagine the hectic, not to mention demanding, schedule a model adheres to during NYFW. I applaud Jenner on taking full advantage of her time constraints by being as productive as possible.

What could be better than to grow up fabulous? Doing so surrounded by BFFs.

Getting glam for Michael Kors.

Because doesn't everyone just casually chat with Anna Wintour front row at NYFW?

Jenner's got a bit of an Ariana Grande pose going next to Disney's favorite female mouse post Marc Jacobs.