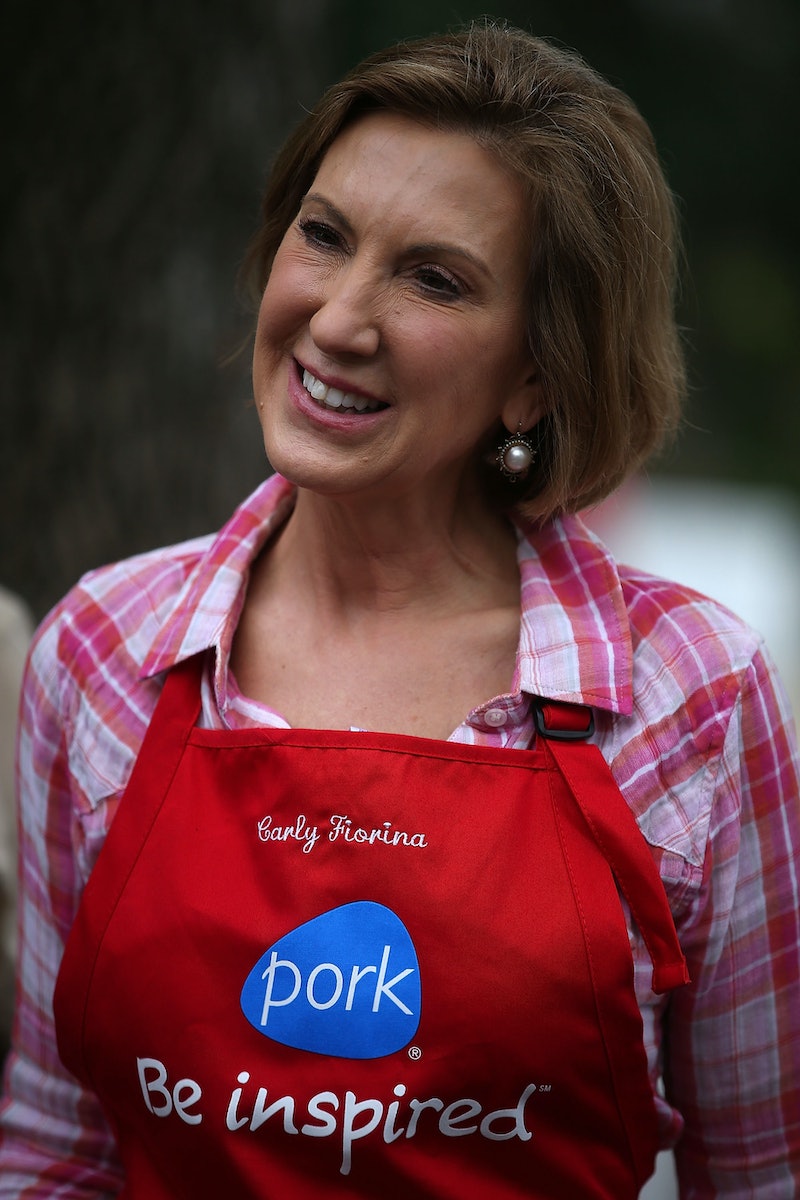 Whenever a candidate runs for president, it's a big experience for their family, too. Even the process of campaigning turns a bright spotlight on some of these people, even though it's those whose family members actually win who really get thrust into the public eye — your Chelsea Clintons, your Bush twins, your Sasha and Malia Obamas, and so forth. It's nice to get a little familiar with some of the candidates' families well in advance of when it might get more serious. For example: Who are Carly Fiorina's children?

Fiorina, of course, is a Republican candidate for president, and the former CEO of tech company Hewlett-Packard. This is her second bid for political office, and the biggest of her career, after losing a race against longtime California Democratic Sen. Barbara Boxer back in 2010. She drew rave reviews following her first GOP debate, the undercard forum preceding the primetime version, and she's the sole woman running in the Republican field.

And like most of her Republican rivals (save for South Carolina Sen. Lindsey Graham), she has a spouse and a daughter along for the ride. An adult stepdaughter, in fact: Tracy Fiorina, from the first marriage of her husband, Frank Fiorina. Fiorina has no biological children — she's said that she wished to have children with Frank, but that it "wasn't God's plan."

Fiorina had two stepchildren — Tracy and Lori Ann. Fiorina became a member of the family upon marrying Frank back in 1985, but they were struck by tragedy in 2009: The elder of the two daughters, Lori Ann, died following years of drug and alcohol abuse. It was a personal tragedy on top of an already harrowing year, as Fiorina was also diagnosed with breast cancer, and had to undergo a double mastectomy.

In her memoir, Fiorina wrote that she, Frank, Lori Ann, and Tracy "came into each other's lives when we needed each other the most."

The impact of Lori Ann's addiction and death may have informed one of the political views that makes Fiorina something of an outlier within the Republican Party, as well — she believes that drug addiction should not be criminalized, which is not a very common attitude in mainstream Republican circles. Her primary opponent Rand Paul is another prominent exception in this regard, being openly critical of the so-called "war on drugs."

Obviously, this is a bit different than the presidential families we've had in the recent past. Typically, we've grown used to seeing relatively young presidential children, but at 44, Tracy Fiorina would be the eldest presidential offspring since the George H.W. Bush administration, when Jeb and George W. were still just First Sons. Tracy has two children of her own, Kara and Morgan (pictured above), making Fiorina a proud grandmother as well.