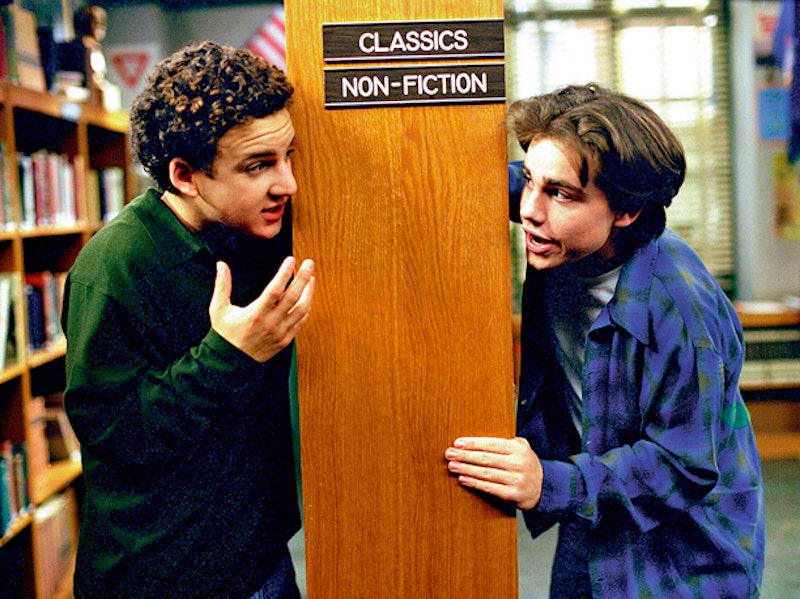 There's nothing like thinking about the old days. I mean, my old days were amazing, TV-wise. Nickelodeon and Disney were poppin' with great television when I was a kid in the '90s and early 2000s. Some of our favorite shows would inspire spinoffs, like how Boy Meets World was followed by Girl Meets World. Shia LaBeouf grew from his dweeb days into a huge feature film actor who occasionally makes major music video appearances. And it's no wonder. Shows like Even Stevens were everything, especially because of their hilarious dynamic duos. But who were the best TV sidekicks from our childhoods?

Considering how good some of the shows I used to watch were, it should come as no surprise that this is a debate. While some of these shows are known for their popular leads, they weren't the only ones racking in the views. The trusty sidekicks are the ones who provided us with some of our biggest laughs as kids. Every teenager on television needs a trusted sidekick — someone who is good not only for comedic relief, but also for their unwavering ability to always be there for their best friend. Here is a countdown of the top seven TV sidekicks from the '90s and '00s.

Twitty was the original bae. Not only was he Louis Steven's best friend and trusty partner in crime, but he was also the heartthrob who made all the girls swoon — both on- and off-screen. Even Stevens would not have been complete without him, and neither would this list.

While Miranda was also a great friend to Lizzie, no one was better than Gordo. From her boy drama to her battles with mean girl Kate, Gordo was always there for Lizzie. Hearts melted around the world when Lizzie finally realized how Gordo felt about her and kissed him at the end of The Lizzie McGuire Movie. Cue the feels.

What'd you see, Ray? Chelsea deserves major sidekick cred for always being there to hear about Raven's crazy visions, even when they resulted in crazy mischief. It would be super hard being friends with a drama-filled teen psychic like Raven, but Chelsea always did a great job of being there for her when she needed her the most.

From his famous dance to his constant jabs at Will, in a weird way, Carlton always kept his cousin on his toes. With his uptight demeanor, he was the last person whom you would pair with a free spirit like Will. But he helped form the perfect dynamic duo, despite their many spats.

Screech Powers and Zack Morris made another unlikely duo, but the two were inseparable from start to finish. Even though our favorite robot-loving dork might not have always understood Zack's scheming ways as they made their way through Bayside High, he was always supportive of Zack and all of his hilarious endeavors.

Go home, Roger! If we tried to count how many times we heard that while watching Sister, Sister, we'd be here all day. Although Roger was a major nuisance to Tia and Tamara, they knew that things wouldn't have been the same without him. While he spent most of his time confessing his love for the twins, he was also always there at their beck and call, like the true sidekick he was.

No one says number one like Shawn Hunter. Cory and Shawn's friendship was the kind that dreams were made of. Even though Cory might not have been as cool as Shawn, that didn't stop Shawn from always being by Cory's side, through thick and thin. Their friendship was tighter than anything, and the two might have as well been brothers.

It's shows like these that always give me hope for kids' television. While things might be a lot different now, these shows still remain gems. A little throwback with our favorite shows and their memorable sidekicks never hurt nobody.