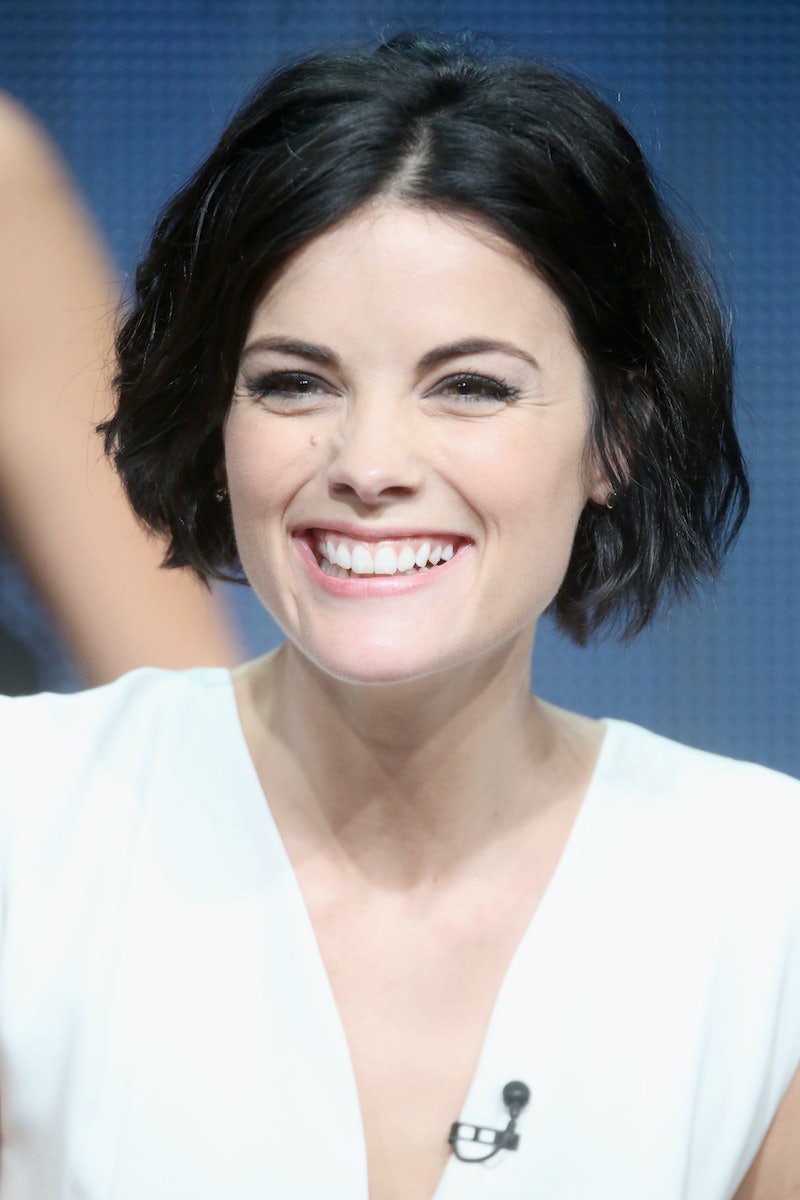 Sometimes it's hard to put names to faces, especially, when those faces are often matched with a variety of different, false names. I'm talking about actors, guys! And, it's totally OK if you can't remember each and every one like I can. It's true. I have some weird photographic actor memory. Too bad it doesn't apply to any other aspect of my life. Anyway, back to the point I was trying to make. You may not know 2015 Emmy presenter, Jaimie Alexander's name, but you definitely know her face. After all, she's been acting for over a decade. And she's about to get a whole lot more familiar.

Alexander is about to star in Blindspot, a new NBC drama. IMDb lists the synopsis for the show as, "A Jane Doe is found in Times Square with no memory and mysterious tattoos on her body." As you probably guessed, Alexander plays Jane Doe, and boy, does that sound like an intriguing role and even more exciting show. I know I'll be watching.

So, in consideration of Alexander's Emmy presenting gig and her cool new show, here are some facts about the actress that will help you get to know her better:

According to People , last March, Facinelli proposed to the actress on the top of the Empire State Building because their acting schedules were overlapping in New York City. Le sigh.

She Hangs Out With Spice Girls

All of the envy.

She Works With Superheroes, Clones, And Gods, NBD

Well, you know, fictionally. Do the little projects known as Kyle XY, Agents of S.H.I.E.L.D., and Thor ring a bell? Because, yup, she was in all of those.

And a well-rounded one, at that. According to her IMDb page, Alexander wrestled in high school and she rides a motorcycle. What can't she do?!

So, there you have it. Now, get this name and this face straight, will ya?!

More like this
Who Is Allison Williams Dating After Her Divorce? She’s Engaged With A Child
By Jake Viswanath
Alicia Silverstone Revives Her 'Clueless' Character In This Super Bowl Commercial
By Jake Viswanath
12 Years Ago, Austin Butler Manifested His Oscar Nom In This Disney Movie Scene
By Jake Viswanath
Sandra Bullock’s Razzies Speech Proves She’s The Ultimate Miss Congeniality
By Sam Ramsden
Get Even More From Bustle — Sign Up For The Newsletter
From hair trends to relationship advice, our daily newsletter has everything you need to sound like a person who’s on TikTok, even if you aren’t.