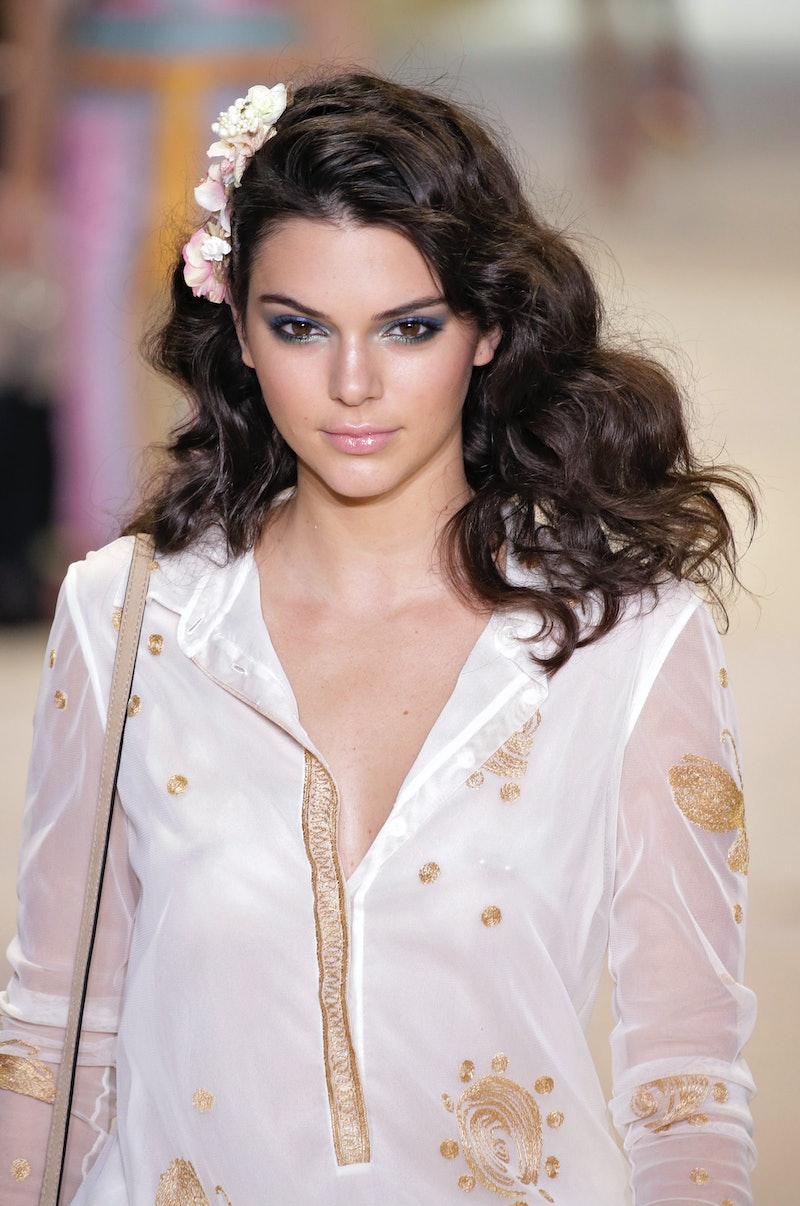 If you've been intimated by the Kardashian sisters' super glam (read: complex) hair and makeup routines, recreating them might not be as difficult as you thought....well, at least it isn't for one talented lady. A woman transformed into Kendall Jenner five times looks in one minute, according to MIMI, showing us that "high fashion" isn't always synonymous with "high maintenance."

Kendall has always been my favorite of the famous family — she just seems so real, down to earth, and always keeps things simple, playing up her natural beauty. And this video from MIMI proves just that, when a woman is able to transform into five of Kendall's best red carpet and runway beauty looks in 60 seconds. Now I want to go and try all of them.

But not only do they recreate five of the 19-year-old model's looks — they recreate looks from a five year span. So basically, we get to see the young and adorable Kendall back in 2010 transform into the high fashion supermodel she is today in 2015. Spoiler: her red carpet style hasn't changed that drastically. Because duh, she's naturally flawless.

The video starts in 2010, when Kendall rocked undone, loose waves to a Teen Vogue party. Though she played up her eyes, she kept her lips pale and natural.

Fast forward to 2011, where Jenner kept the dark lined eyes and wavy hair, but threw it into an up-do and added some red lipstick.

In 2013, she straightened her locks and slicked them back for a sleek red carpet 'do.

By 2014, she was full on supermodel, parting her straight hair in the center and pulling it back into a taut bun.

Which brings us to 2015 and her amaze cat-eye at the Chanel show during Paris Fashion Week. Her hair was basically the same, just with a side part and a headband.

See? Easy as pie. Watch the magic in real time:

Simple beauty routines for the win!