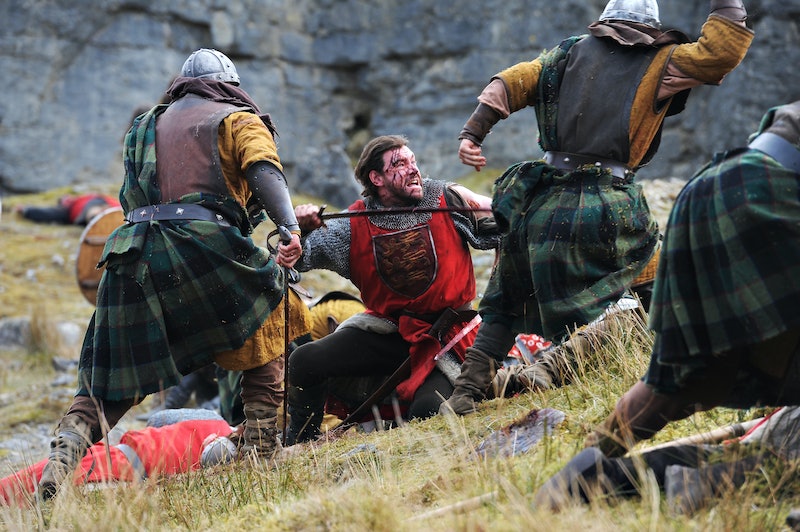 FX’s newest series has similarities to both Sons of Anarchy and Game of Thrones — but the premise is definitely more grounded than either series. Is The Bastard Executioner based on a true story? The answer is both yes and no. The Bastard Executioner has some witches and fantastical elements, but it is historical fiction that includes events and a few characters that you may have studied in school.

The show is set during a real revolution that happened during a real regime in England and Wales. The FX series is simply imaging fictional characters who would have lived during that time. The protagonist is a knight who's just about to swear off of war when he comes across an executioner's sword. While this person never existed as far as we know, the world is very real.

King Edward I of England, of the Plantagenet family, was for the most part a well-respected monarch with a long tenure who was crowned in 1272. He also lived well into the 14th century and his 60s, which is impressive for the period. However, both his childhood and his reign were plagued with almost constant war, civil and international, as well as debt. This is a good setting for a story about a solider who's ready to give up the cause.

Specifically, a central historical event in The Bastard Executioner is the rebellion of Madog Ap Llywelyn for Welsh independence. He was a royal prince who served at court in England, but returned to Wales to start an uprising while the English were meant to be at war with France. He's not a well-known character in history, as he and all other Welsh rebellions have failed, so it'll be interesting to see how that plays out on The Bastard Executioner.

The biggest difference between the show and the history, as I briefly mentioned before, is that there are elements of fantasy mixed into the reality. We have both a magical healer and divine intervention that seems reminiscent of King Arthur legends and The Sword In The Stone. The show may have an historical basis, but it is a work of fiction through and through.