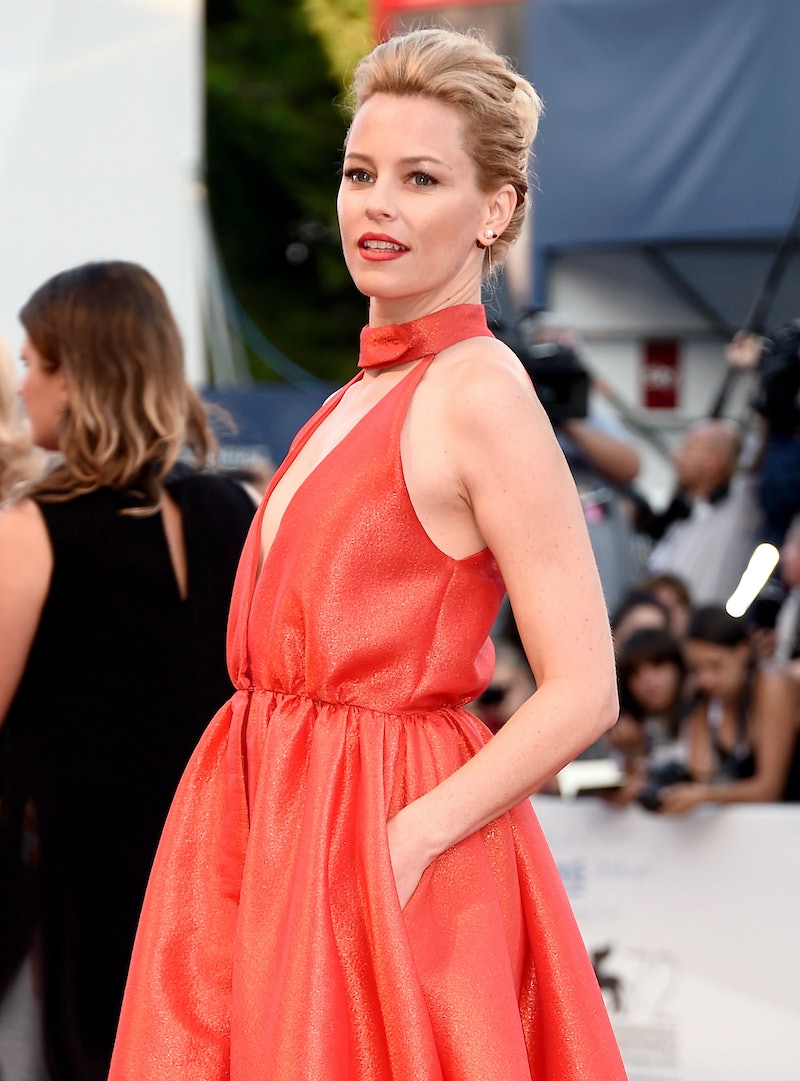 Ready for one serious dose of fierce female empowerment? Elizabeth Banks started directing in response to sexism, and she's rumored to be taking on an amazing new film. According to the Hollywood Reporter, Banks is in talks to direct a Charlie's Angels reboot.

The iconic franchise is reportedly headed to the big-screen, which will be its first movie since 2003's Charlie’s Angles: Full Throttle. That version, as well as its predecessor, starred Drew Barrymore, Cameron Diaz, and Lucy Liu as the Angels. Of course, the original spies in the 1970s TV series were played by Farrah Fawcett, Kate Jackson, and Jaclyn Smith, and later Cheryl Ladd and Tanya Roberts.

According to the Hollywood Reporter, Banks will produce the upcoming film with her husband Max Handelman. She made her directorial debut in Pitch Perfect 2. As of right now, there is no writer, cast, or release date for the movie. The Angels are iconic, partially because of the amazing actresses who played them and partially because they're fearless, crime-fighting women who empowered female viewers everywhere.

Since they haven't been cast yet, here are a few stellar actresses that would totally kick butt as the private detectives in the upcoming Charlie's Angels reboot.

Olsen already established herself as an action star in Avengers: Age of Ultron, but I wouldn't hate her continuing in another iconic role.

Banks already worked with Steinfeld on Pitch Perfect 2, so it would be great to see them team up again.

Banks and Lawrence also worked together in the Hunger Games franchise, plus anything Lawrence does is amazing.

Zendaya just radiates confidence and poise. She would be amazing as one of the detectives.

Kravitz is no stranger to franchises. She was featured in Divergent and would definitely add an extra dose of fierce to the Charlie's Angels reboot.

Serayah's breakout role came courtesy of Empire, but it doesn't look like she'll be slowing down anytime soon.

Now that she's focusing more on acting, Delevigne would no doubt kick butt as one of the secret detectives.