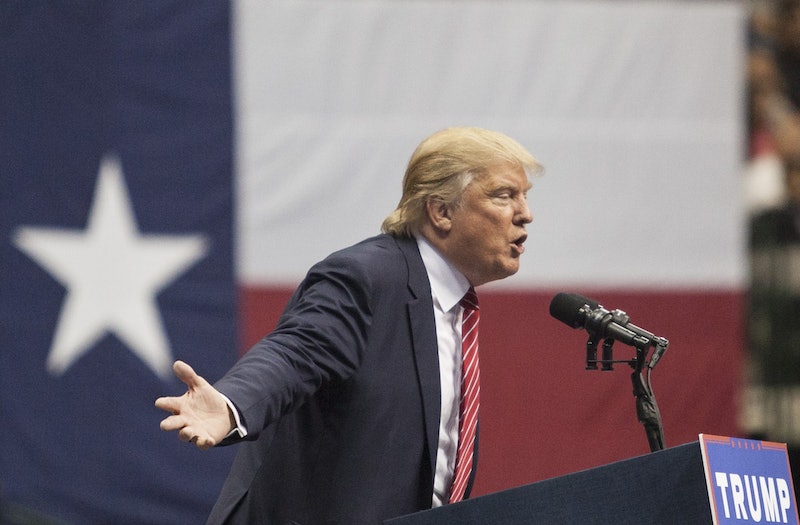 Well, it's not as if we expected tact and class from Donald Trump in the second GOP presidential debate. But I'm not sure I was anticipating quite this level of bombastic rudeness. But of course, Trump clearly wasn't going to miss a chance to really let it rip while all eyes are on him. As the leader in the polls, he received the center spot on stage, flanked by Ben Carson and Jeb Bush, who trail him in second and third place, respectively. But being crass and awful has certainly been working for Trump so far. And with such strong leads over his fellow contenders, why would he change tactics now? Of all the ridiculous things to come out of this latest gathering of the Republicans, Trump's most offensive comments at the debate certainly rank at the top of the list.

Who would have thought that Trump could possibly outdo himself after his “Look at that face! Would anybody vote for that?” remark about Carly Fiorina? But sure enough, he found a way. As always, Trump made derisive comments about women, and went after Rand Paul's looks as well. Here are some of the worst, most offensive comments Trump made during the second GOP debate.

"I never attacked him on his looks. And believe me, there's a lot of subject matter right there, that I can tell you."

"I will take care of women."

And as always, Trump makes a boneheaded sexist comment.

After Fiorina schooled Trump and gave him an ice stare in regards to the derisive comments he made about her looks, Trump smugly answered with this "who the hell cares" response.

"This is a country where we speak English."