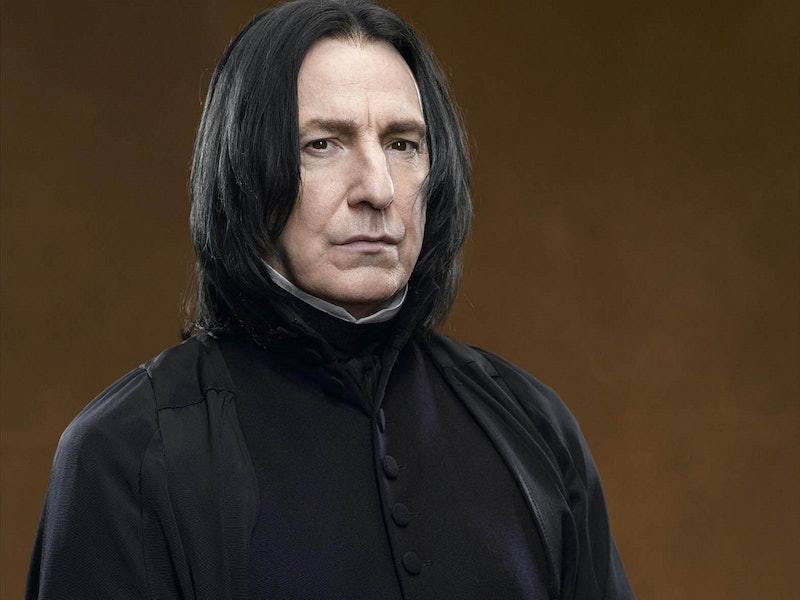 When someone asks you your favorite Harry Potter character, you may find it hard to choose just one. From the classic trio (Harry, Ron, and Hermione) to awesome characters like Neville Longbottom, Luna Lovegood, and the complex Severus Snape, how can you possibly single out just one favorite?

Of course, there are some frontrunners. After all, characters like Hermione, Ron, Harry, Neville, Luna, Snape, and other popular favorites are so awesome and complex that it’s natural we would all be fans. Still, there are quite a few characters who tend to get shuffled to the side. When was the last time you heard someone say their favorite Harry Potter character was, say, Ravenclaw student Terry Boot? Granted, we didn’t get to read very much about Terry, but he was an important character nonetheless — he was in the D.A., and even explained Ravenclaw’s diadem to Harry. Sadly, that still didn’t guarantee him a slot in the films. Which, as amazing as they were, had to cut a lot of characters like Terry for time.

The bottom line is, the world of Hogwarts is so expansive and complex, that there are way more characters in the list than we think of — or often even remember. And don’t they all deserve their time to shine?

When Hermione drank Polyjuice potion and accidentally turned herself into a cat, she was actually trying to turn herself into Millicent Bulstrode. Millicent herself isn't the nicest Hogwarts student: she's a member of Umbridge's Inquisitorial Squad, and she's just a generally rough person. Still, she played a significant role in many of the trio's adventures, starting with that Polyjuice potion incident.

Ginny finds out that Percy has a girlfriend in Harry Potter and the Chamber of Secrets: fellow prefect Penelope Clearwater. Merciless teasing from Fred and George ensues. Her mirror did save Hermione from the Basilisk, though, so that's worth mentioning.

Slytherin Quidditch captain Marcus Flint was pretty rough — Harry thought he might have troll blood in him — and was pretty much Oliver Wood's main rival. If he went on to play Quidditch professionally, as Oliver did, their rivalry would make a pretty awesome series, am I right?

Another Quidditch player, Angelina eventually became captain after Oliver Wood graduated. She sadly didn't play as large of a role in the movies as she did in the books, but her fiery spirit was always inspiring on the page — she deserves to be mentioned more often.

The women of the Gryffindor Quidditch team really were an awesome group, and that extends to Chaser Alicia Spinnet. She stood up for Hermione when Malfoy called her a Mudblood, and was a voice of reason when Oliver made some of his more questionable captain's decisions. OK, now I'm seriously wanting a series about all these Quidditch players. Alicia's love-hate relationship with Oliver Wood, superb Quidditch skills, and independent personality totally deserve more book (or screen) time. (Um, TV show idea?)

Madam Pince, the super-strict Hogwarts librarian, is a force to be reckoned with. She protects her books fiercely, and was created due to J.K. Rowling's "childhood fear of scary librarians." Also, she may or may not have had a relationship with Filch. Hogwarts professor drama... gotta love it.

Ah, Romilda. Obsessed with Harry, accidentally love-potions Ron. She also asks Ginny if Harry has a hippogriff tattooed on his chest, which leads to Ginny's hilarious response that it's a Hungarian Horntail, but Ron has a pygmy puff. Maybe she was a little crazy, but hey, she was a teenage girl obsessed with Harry Potter. Most of us can relate.

Sir Cadogan is my favorite portrait because he's so funny: he has a penchant for hopping from portrait to portrait, yelling after students. Still, he's a good guy — he shouts encouragement to everyone during the Battle of Hogwarts. I'd totally read Arthurian legends about the hilarious Sir Cadogan.

Ron's gossipy Aunt Muriel provides a running commentary on everyone attending Bill and Fleur's wedding, which is funny, albeit insulting to everyone mentioned. Still, she owns a goblin-made tiara, which is pretty interesting, and makes you wonder about her backstory.

Known as the "singing sorceress," Celestina is the voice behind tunes like "A Cauldron Full of Hot, Strong Love." She may not make an appearance in the films, but you can attend her "concerts" at the Wizarding World of Harry Potter, so at least she gets some time to shine.

Sadly, Peeves was completely cut out of the Harry Potter films, but his presence in the books can't be ignored. When he takes Fred and George's orders to give Umbridge "hell from us," he finally uses his pesky nature for good. Hogwarts wouldn't be the same without him.