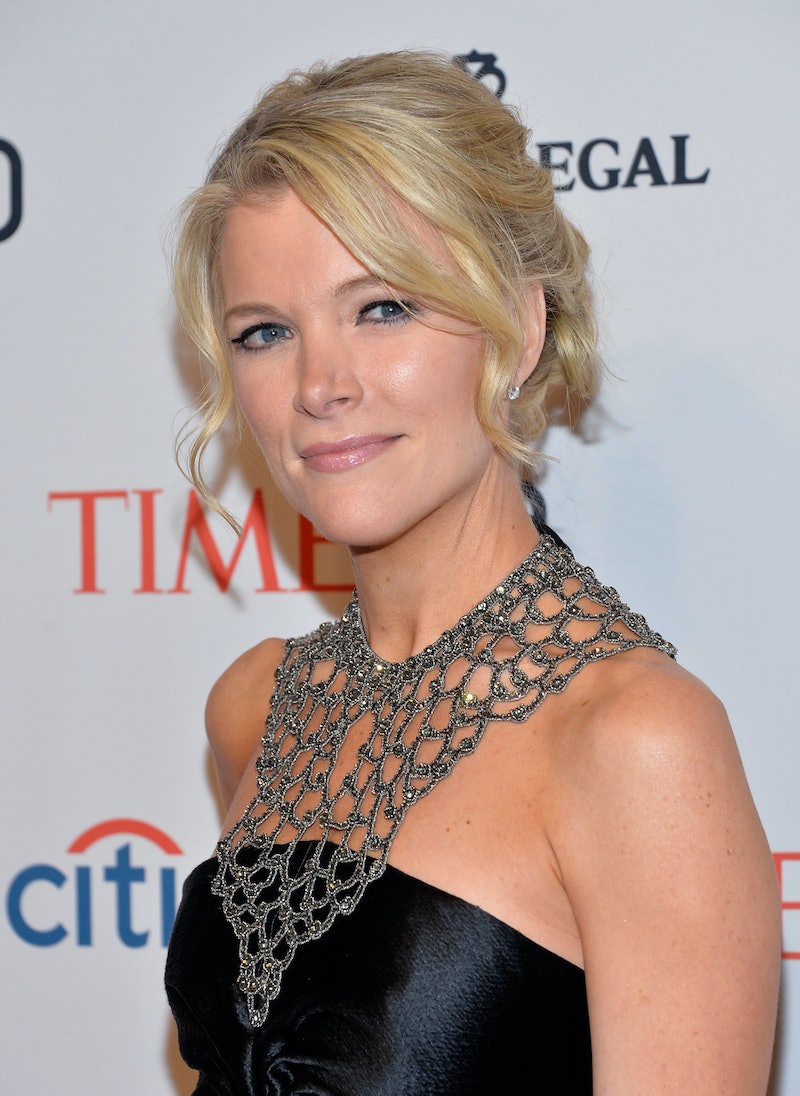 The second GOP debate is finally here, and all eyes will be on CNN to watch 11 Republicans try to tear each other down while lauding themselves as unique snowflakes. It's the kind of free-for-all that doesn't exist much elsewhere (except maybe Super Smash Bros.), but to be honest, the memories of the first debate are still pretty fresh for me. Who could forget Megyn Kelly and Donald Trumps tit-for-tat both during and after the debate? Their feud, which presumably is now over, made for great television so naturally Wednesday's event begs the question, "Is Megyn Kelly watching the second GOP debate?"

Kelly, a longtime journalist who will be closely following the election from beginning to end, will most definitely be watching the debate because, after all, it's part of her job. On Tuesday, Kelly hosted a monster lineup on The Kelly File with Carly Fiorina, Ben Carson, Marco Rubio, and Rand Paul. Monday's show saw Chris Christie, Mike Huckabee, and Scott Walker. All were asked about the upcoming GOP debate as well as what Americans would expect from their second showdown.

And if her Twitter feed leading into Wednesday festivities is any indication, she's already been keeping tabs on the candidates. Kelly has been on a retweeting storm, not only sharing what the Republicans said during their interviews, but also what they've said outside the show.

So, have no fear Kelly fans. She might not be sitting in the moderator's chair Wednesday, but she'll definitely have some choice words for the candidates and their performance either on Twitter or on the next Kelly File. And if you're really itching to see another Kelly versus Trump showdown, you'll get your wish come January. According to the Los Angeles Times, Kelly is slated to once again moderate a Fox News GOP debate before the Iowa caucuses.