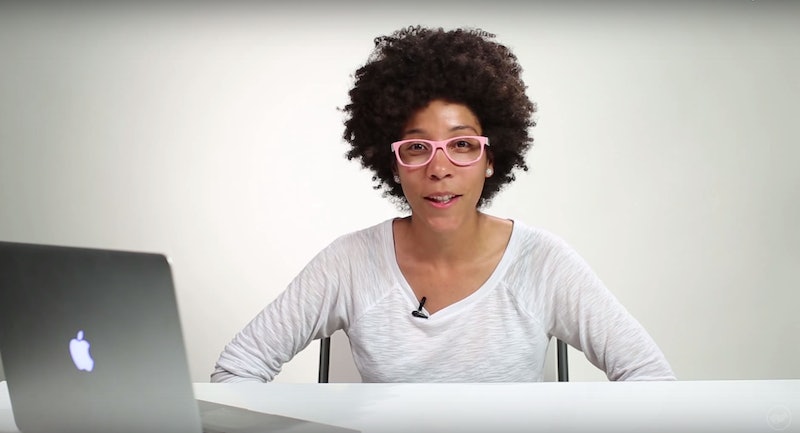 Do you have an unconscious racial bias? Project Implicit is a nonprofit research organization that offers an online test to help users uncover their own unconscious prejudices. In a new video from BuzzFeed, six people take the test, and they learn some unexpected — and at times uncomfortable — truths about themselves.

Racial bias isn’t always obvious, or even conscious (It would probably be a lot easier to combat if it were). As the video points out, all of us carry “implicit attitudes,” defined as “positive and negative evaluations that occur outside of our conscious awareness and control.” These attitudes come from many sources, including the media and the people around us. Project Implicit uses the “Implicit Awareness Test” to gauge user’s biases by having them quickly differentiate between black and white faces, and words denoting good and bad qualities. In one part of the test, users pair white faces with “good” words and black faces with “bad” words. In the second half of the test, that pairing is reversed, with “good” associated with black faces and “bad” associated with white faces. The test measures how long it takes to make these pairings, with the idea that people with positive implicit biases toward white faces will have an easier time associating white faces with “good” words, and that people with positive implicit biases toward black faces with be faster at associating black faces with positive words.

As the video shows, the test is fast moving, and it’s easy to make mistakes. By the end of the test, some of the participants felt stressed or angry.

The results for the six participants were spread fairly evenly across the scale, with three demonstrating slight to strong “automatic preference[s] for European American compared to African American” and three demonstrating slight to moderate “automatic preference[s] for African American compared to European American.” Some were surprised by their results, while others thought theirs were the logical results of the conditioning with which they grew up.

Getting a test result indicating that you have unconscious biases doesn’t necessarily mean that you are a terrible racist or bigot — implicit attitudes are a normal part of people human. As one participant in the video says, “Even if you do have a strong [automatic] preference for one or the other, it makes no difference if you go through your life open-hearted and open-minded, and just sensitive to other people.”

It’s important, however, that we become aware of our implicit attitudes so that we can try to detect the ways that they influence our behavior, even in subtle ways. There have been many studies that have shown that black people in the U.S. experience significant, subtle racial bias in their everyday lives. A 2003 study showed, for example, that résumés featuring stereotypically black names were 50 percent less likely to get a call back from potential employers than identical résumés featuring stereotypically white sounding names. In an article for The New York Times, Harvard professor Sendhil Mullainathan suggests that in this study, and many similar studies that revealed subtle discrimination, people weren’t even aware that they were exercising bias. He argues that all of us — even people who consciously want to combat discrimination — make fast decisions based on implicit attitudes of which we are not aware. Recognizing these biases in ourselves — even though doing so may make us uncomfortable — is a vital step in promoting racial equality. As one participant in the video remarks, “Don’t be scared of race. It's there. Everybody should be talking about it. We don't have to be angry, and we don't have to be upset … It’s time.”

Watch the whole video below. You can take the test yourself at Project Implicit.