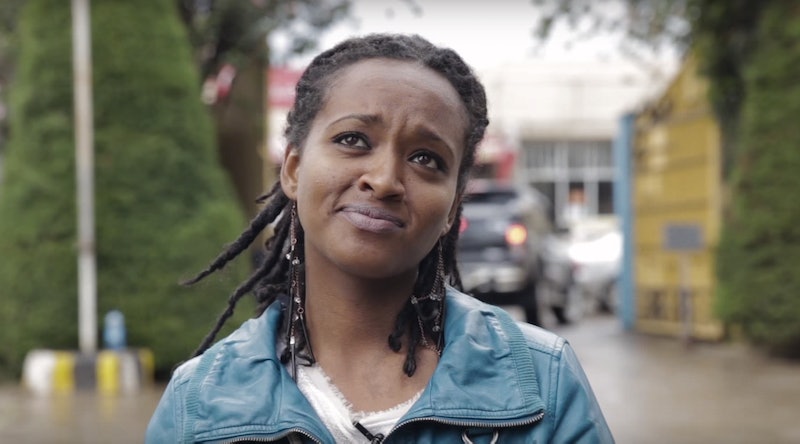 Have you ever stopped and wondered what people think of America around the world? In this video, Cut Video's producer, Blaine, travels the world asking people the question: "When I say America, what's the first word that comes to mind?" The answers are varied, but there's a troubling tendency, even when praising America, to only mention entertainment and TV. Other than that, excess, obesity, a blindness to world affairs and large egos seem to be the main perception of America and Americans by people from other countries.

Blaine speaks to people from Addis Ababa (Ethiopia), Bangkok (Thailand), Adelaide (Australia), Berlin (Germany), Bogota (Colombia), Dubai (United Arab Emirates), Paris (France), Rome (Italy), Shanghai (China), Tokyo (Japan), and New Delhi (India). He asks the people he interviews to talk about not only what they think of when they think of America, but what stereotypes their countries have about Americans — which again, does no bode well for Americans. The saddest part is when the woman from Addis Ababa calls America "paradise", because obviously despite the excessive displays of wealth visible to the rest of the world, America is still a country with deep seated socio-economic prejudice and tragedy. Here's what people had to say about America, both positive and negative:

Watch what all the representatives of all the different countries had to say about America below: