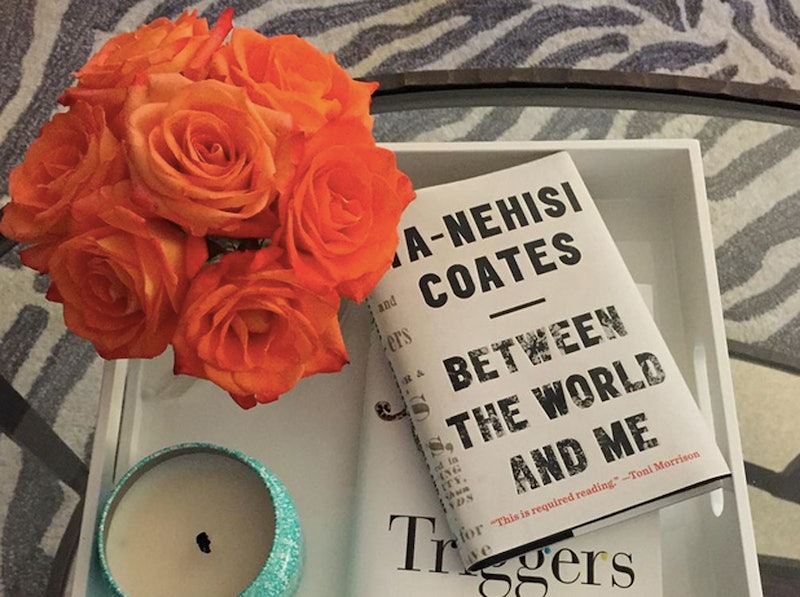 Get ready to bump ten books straight to the top of your TBR list; the National Book Award nonfiction nominees have been announced and they all look incredible. Every year, the National Book Awards celebrate the best of American literature, and, according to its website, aim to “enhance the cultural value of great writing in America.” This fantastic mission statement means that this longlist is full of diverse worldviews and some seriously fascinating cultural observations — and I want to read every one of them.

Reading nonfiction is a great way for us to hear some of the perspectives that sometimes get sidelined. In this list, there are books to tell us about life as a person of color in America, as a Muslim sheikh, as an indigenous Hawaiian. Some are written from experience; some from research and conversations. Either way, every book on this list reminds us to pause and think about the world from someone else’s point of view.

The NBA nominated books this year all offer wildly original ways to look at human culture, whether it’s through the natural history of rain, or through an exploration of the consciousness of an octopus. And each one of these unique books can teach us something brand new.

Let's take a quick look at what makes each of these books so special.

In Rain, Barnett takes us back four billion years to the torrents that filled the oceans, and then leads us on an epic journey through natural and human history, exploring the different ways we have interacted with rain.

Between the World and Me by Ta-Nehisi Coates

Written as a letter from the author to his teenage son, this book takes a gritty approach to black life in America, forcing us to face the realities of violence against Americans of color.

The distress of the general public after Lincoln’s assassination has been well documented, but in Mourning Lincoln Hodes delves in unprecedented detail into the reactions of a diverse group of Americans.

Proving that a picture can say a thousand words, Sally Mann’s memoir is laced with photographs on every page, powerfully entwining her life and her art.

The Soul of an Octopus by Sy Montgomery

Montgomery, who once shared a very real friendship with an octopus named Athena, explores he surprising connections an octopus can make with humans — and what this means about consciousness.

Paradise of the Pacific by Susanna Moore

In Paradise of the Pacific, Susanna Moore explores the very real humans behind Hawaiian history, bringing both the indigenous Hawaiians and the cold missionaries equally to life.

Love and Other Ways of Dying by Michael Paterniti

This collection of 17 essays, written over two decades, offers a complex insight into the minds of people from all walks of life: a giant in Ukraine; a person on the verge of committing suicide; himself, grieving after the death of a friend.

If the Oceans Were Ink by Carla Power

This much needed book dismantles the stereotypes surrounding Islam, as Carla Power reads the Quran with a sensitive and open mind.

This coming-of-age memoir shows how race, faith, and cultural history all combine to form the experience of black life in America.

Travels in Vermeer by Michael White

In the midst of a divorce and bitter custody battle, Michael White travels to six world cities to look at the paintings of Vermeer, an artist whose work speaks of romance and the inner life.

The list will be narrowed down further in October, and the final prizes will be awarded at the November 18th National Book Awards. But whichever writer receives the final award, all ten of them deserve a lot of praise. Through any one of these books, we can learn about race, faith, consciousness, prejudice, and how to break down the barriers between cultures and truly understand each other as humans.