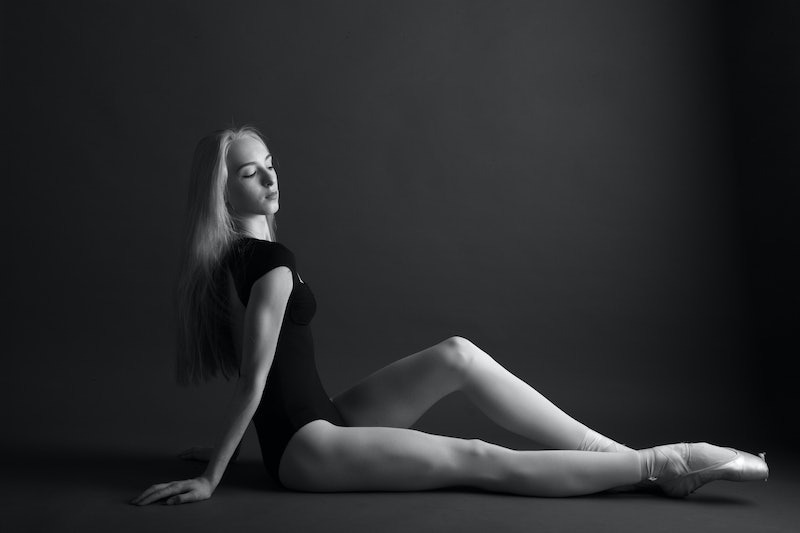 As you probably know, body language matters. Words only make up seven percent of what we say to one another; the majority of what we really mean is encoded in how we move our bodies, leaving others to constantly make assumptions based on things like feet placement and shoulder stance. I guess that explains why flirting is most effective with a simple wink or lingering glance — no words necessary.

A researcher at Tulane University conducted a study proving that everyday people could watch a 30-second clip of an interaction between a patient and their physician, and be able to correctly identify if there would be a lawsuit later brought to the doctor. Whether the medical professional had been an expert for decades didn't matter; it was all about the physical dialogue between the two, and if it emitted enough trust. So, yes, the old cliche is true: actions speak volumes louder than words.

Social psychologist and Harvard Business School professor Amy Cuddy gave a TED talk in 2012 about the power dynamics that exist in our bodily movements. She speaks of the slightest shifts, such as the lifting of a chin, that can loudly communicate whether we feel dominant or submissive. These signals cut across all cultures; they appear in both board meetings and dinner dates, and they often arise unconsciously. But we don't have to go through the rest of our lives involuntarily cocking our hip to one side — there are ways to be aware of what we're putting out there and be in control of how people perceive us.

Try: Presence: Bringing Your Boldest Self to Your Biggest Challenges by Amy Cuddy, $19, Amazon

Cuddy's own research also discovered that how we physically hold ourselves can change the chemical makeup of our brains. As we'll see below, certain postures release more testosterone while others boost cortisol. Therefore, not only do we change the way we appear to others through our body language, we physiologically change the way we feel and think about ourselves, and that's the most important part of all.

Here is what your body language says about you.

The power dynamic can most easily be understood in the way your shoulders are set. Squaring your chest towards someone is both a sign of respect and a signal that you are prepared for whatever they have to say. Say you're in a group of friends and a new acquaintance approaches; by turning your shoulders toward them by a mere 45 degrees, you are kindly inviting them into the conversation.

If you're a sloucher in social settings, you could be sending the message that you're not confident in your own abilities. Open up your chest by setting your shoulders back, which means you are ready to answer any comments or questions that come your way. Don't confuse this with tension, though — breathe deeply so you can reach a point of relaxation as you're standing tall. Naturally sitting, squared off shoulders symbolize strength and virility; how many leaders do you know are always shrugging?

Cuddy's own research on "power posing" (an example would be putting your hands on your hips) showed that people who had strong posture were much more likely to be hired for the jobs they were interviewing for. Power posing increases levels of testosterone, which automatically boosts confidence, and lowers the stress hormone cortisol. If you are leaning away from the person who is interviewing you, you're saying one of two things: you aren't interested in what they have to say, or you're very intimidated by them. Instead, turn your shoulders to the person directly and stay upright.

Standing with legs closely together implies deference. Try this instead: bring your legs shoulder-width distance apart, which will communicate determination and confidence. Especially if you're at work and there is a disagreement taking place, this stance will give you the extra boost of energy you need to stand your ground — literally. Do you find yourself leaning the body weight on one leg over the other? Try to even out the weight to appear more competent.

Cuddy also found that, whether sitting or standing, crossed or curled legs indicate a lack of authority, which equals a drop in testosterone. This goes back to power posing — if one leg is propped on the other, you're telling the people around you that you don't feel very in control of the situation. Besides, researchers Allan and Barbara Pease found that unfolded legs increase your ability to remember things by 38 percent. Sounds like a no-brainer. Uncross those legs!

Reporter Carol Kinsey Goman wrote for Forbes that feet can give away a lot about a person's emotional state. The more you fidget, wiggle, and shuffle, the more convinced others are that you aren't mentally in a good place; it means you're stressed, anxious, or simply uncomfortable. If you want people to think you're feeling strong, place your feet firmly on the ground and plant them there. It might even help you feel more grounded.

While your chest and shoulders may be open, if your feet are pointing in different directions, such as cocked inwards or splayed outwards, you could be sending an entirely different message. These positions imply insecurity and social awkwardness. Also, if your feet are situated toward the door during a conversation, you're pretty much telling that person that you're bored of them and you're ready to bail.

You already know how crossed arms is the universal signal of nothing good — it could be a defensive pose, it might imply coldness, or it may just mean you're angry. Keep your arms down by your side if you want to come off as authentic and welcoming.

What you do with your hands also makes a difference. Cuddy says if your hands are touching your neck or curling into funny positions, you are doing everything you can to protect yourself. There are a few interpretations of touching your nose, one of which is you come off as a liar, even if you are telling the truth; another interpretation is that you're stressed out by the situation.

By flailing around your hands too much during a conversation, you tell others that you're nervous and not feeling very grounded. While hand motions can highlight what you're verbally saying, erratic movements take away from the core of your message. Think of President Obama — he is very intentional about when he uses his hands, and it helps him emphasize certain phrases.

Ultimately, you want to put your arms and hands in open positions in order to indicate that you are fully present and not raging with fear. Just like with your feet, fidgety fingers reflect anxiety; biting your nails or flipping your pen around a lot are never great signals either. Try your best to keep everything calm, cool, and collected.

Eye contact is crucial, because the second you lower your gaze you appear meek, as if you are desperately searching for public support. This particular gesture is very popular in young children who are still coming into their own — and it was Princess Diana's signature move. It means you are looking for empathy, as if you can't cultivate it on your own. Lift your chin up and look people straight in the eye every chance you get.

Playing with your hair and constantly brushing it out of your face isn't necessarily a bad sign, but it needs to be used in the right context. If you're on a hot date, no problem — this move is a combination of nerves and flirtation. However, if you're meeting your in-laws for the first time, try to steer clear of it, as it might just convey trepidation. The same goes for lip-biting; if you want to send the sexy message, bite away, but chewing on your lower lip in front of your boss means you are harboring some insecurities and you don't know how to voice them.