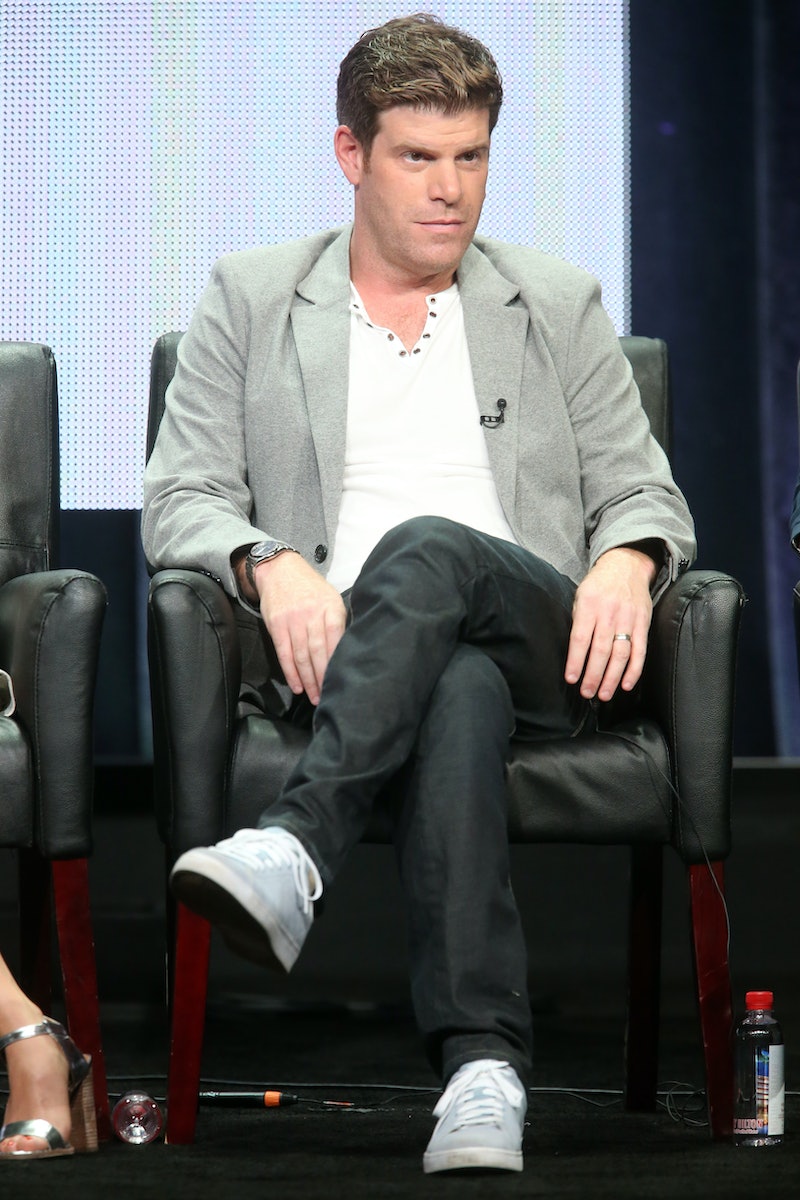 Comedy Central star and The League actor Steve Rannazzisi is in hot water, following his confession about fabricating a September 11 story. Rannazzisi lied about being in the World Trade Center on 9/11, a story that he often connects to his success as a comedian. Following the star's admission, Comedy Central is reevaluating their relationship with Rannazzisi.

"We just learned about this last night," a Comedy Central spokesperson told TheWrap. “We are very disappointed to hear about Steve’s misrepresentations and are currently determining how we will move forward." Bustle reached out to Comedy Central for comment, but they had nothing more to add. As the New York Times reports, Rannazzisi was scheduled to have a one-hour special on Comedy Central, airing Sept. 19. Following the network's statement, it's unclear if the show will still be broadcast.

Rannazzisi originally claimed that he worked for Merrill Lynch on the 54th floor of the south tower, which was the second tower struck on 9/11. In a 2009 interview with Marc Maron for his WTF podcast, Rannazzisi recounted his "experience," saying, "I was there and then the first tower got hit and we were like jostled all over the place." He described leaving the building before the plane hit the second tower: "I couldn’t tell exactly where it went in. So, I called up to the office, and it was pandemonium. They were like, ‘We are on our way down, we are on our way down.’"

Comedy Central isn't the only partner to re-examine a relationship with Rannazzisi. In a statement (quote via the New York Times), Buffalo Wild Wings said, “We are disappointed to learn of Steve’s misrepresentations regarding the events of September 11, 2001. We are currently re-evaluating our relationship with Steve pending a review of all the facts.”

Both Comedy Central and Buffalo Wild Wings have absolute reason to sever their relationships with Rannazzisi. It seems like this would fall under a breach of a morality clause in a contract, but, more importantly, Rannazzisi profited off of one of the greatest tragedies in American history for his own gain. The New York Times claims that Rannazzisi "frequently" connects his success with the events he originally claimed happened on 9/11. There's no way this was a misunderstanding or a misinterpretation.

In a 2011 interview with the "Sklarbro Country" podcast, Rannazzisi addressed the sensitivity of the story, saying (quote via New York Times), “I’ve spoken about it before. I just don’t ever want to feel like, anyone, I am cashing in or anything like that."