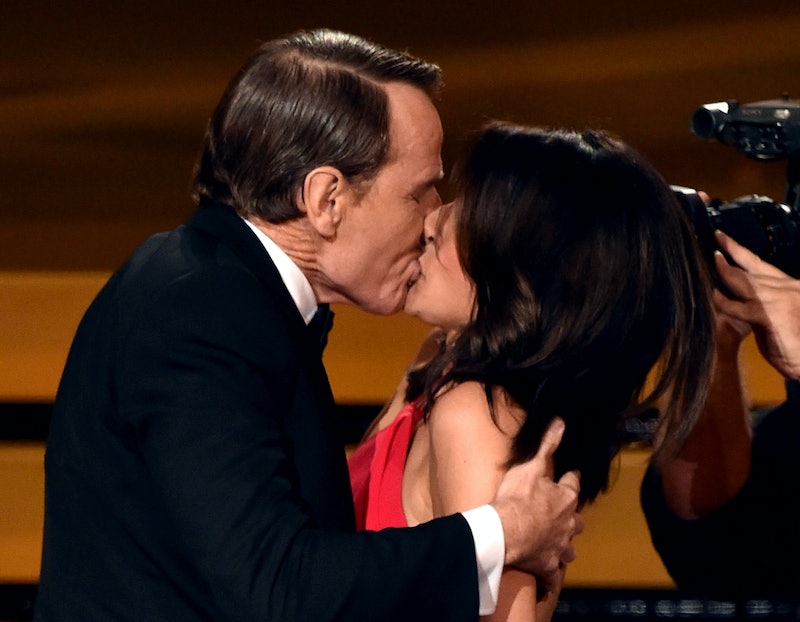 In just a few days time, TV fanatics everywhere will be tuning in to watch the 2015 Primetime Emmy Awards for what's sure to be (as always) an unforgettable evening centered around the thing we all love most — television. If award shows were the equivalent of football games, then consider the Emmys to be my Superbowl. One night dedicated entirely to TV and the many talented actors/writers that make it all possible. Sounds like pretty much the best time ever, right? Well, I've a discovered a way to make it even better and — surprise, surprise — it involves alcohol! In honor of this joyous annual occasion, I've taken the liberty of creating a 2015 Emmys drinking game that's guaranteed to lift your spirits (pun intended) regardless of who wins or loses.

I mean, let's face it, between the two-hour red carpet and three-hour award show immediately following, this ceremony is going to take up a huge chunk of your day. And what better way to help prepare you for the onslaught of hilarious (and sometimes downright awkward) antics that come with a live show than by consuming vast amounts of delicious alcoholic beverages? (Please note that this is only intended for those who are of the legal drinking age, of course!) So round up your closest friends, grab your preferred drink of choice, and follow these simple instructions for a rip-roaring good time that will make everyone feel like a winner by night's end.

Take A Sip If:

Take A Shot If:

Down The Whole Thing If:

Cheers, everyone! I'll see you on the other side. And, as always, be sure to drink responsibly!