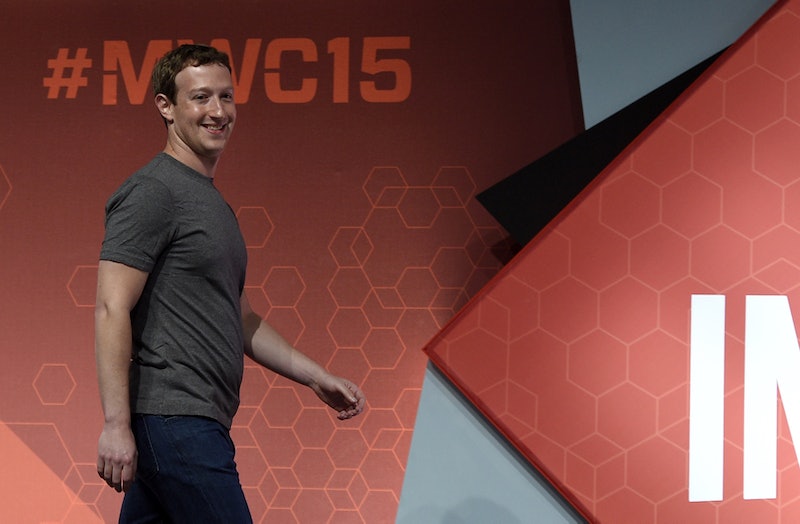 Yesterday, Facebook CEO Mark Zuckerberg announced that the social media giant would be adding a feature that's been discussed for years: the dislike button. During a live-streamed Q&A, Zuckerberg told the audience that the company had been working on options other than the traditional "like" for some time, and that a test version of the new feature would be ready to ship "soon." However, just because people really want something doesn't actually make it a good idea.

Whether we like it or not, Facebook has had a huge effect on our personal lives, and it has strongly influenced how news organizations and other content providers do business. And despite numerous tweaks and changes to how Facebook shows us things (and what Facebook shows us), the ways in which we interact with that content remains essentially unchanged since the addition of the "like" button in 2009. Despite the web's general excitement for the addition of the "dislike" button, it seems important to consider the implications of this kind of change. Here are four reasons why the dislike button might not be such a good idea:

What exactly does seeing someone hit "dislike" on your post actually mean? Sure, it seems clear when that post is "My grandma just died," but what about when it's "Oh man, I'm really having trouble with this personal issue" or "Here are my thoughts about this depressing political situation"? It's not as though we all have magic powers to determine someone's intentions when they hit "dislike," and tone is already really hard discern in words on the Internet. It could end up being just one more thing to worry about and overanalyze during a time when we're already obsessing way too hard over our social media interactions.

2. It's a potential nightmare for writers and other professional content providers.

Facebook (and social media in general) are heavily measured and analyzed by pretty much anyone whose business is driven by web traffic. Likes, comments, views, shares, follows, and other metrics are tracked to the minute to try to create social content that gets the most eyeballs, and ultimately encourages the most people to actually view your content. So, what precisely are they to make of a dislikes on their posts? Should it be thought of as a "downvote," similarly to the interface over on reddit? Do we need to try to contextualize dislikes to the content of the post? Zuckerberg, for his part, insisted in the initial announcement that disliking would not be intended to function as downvoting of content (whether personal or business), but rather a way to "express empathy" (something we often see a lack of online). However, given how heavily driven by data the algorithms Facebook uses to decided what posts you should see are, it seems really hard to image that the "dislike" count won't be somehow factored in differently than "likes" currently are.

3. It's ripe for abuse by horrible people of the Internet.

If GamerGate and *chan culture has shown us anything, it's the power of a few bored, dedicated, isolated terrible people to make a lot of people's lives pretty terrible via the web and social media. The Internet is not a friendly place, and there are a lot of people looking to use whatever methods they can to disrupt content they disagree with. Would a campaign of misogynists to "dislike" every feminist article shared or posted on Facebook make some websites reconsider accepting and publishing that kind of content? Would the inevitable wave of dislikes on article about people of color or Muslims be taken as a sign to change a publications tone or risk losing readers? If you read the comment section of almost any news organization's Facebook posts, you'll get a pretty good example of just how horrible people can be. This kind of thing is also most likely to impact marginalized people far more, like LGBT people, women, and people of color. Do we really want give people another tool to jerks and oppress marginalized minorities?

4. It's another stepwise reduction in our actual interactions with other people.

Returning for a moment to Zuckerberg's insistence that the dislike button will allow users to better express "empathy" to things people share on Facebook, is it really that hard for people express their empathy with words? Have we become such a click-and-move-on culture that we need to reduce thoughts like "I'm so sorry this happened to you, my thoughts are with you" to a single click? There have already been several studies showing how increasingly isolated social media is making us feel; the comments we get on our posts are some of the last bastions of actual interactions we're getting through Facebook. Empathy is not a thing we express with a button, and Zuckerberg is both naive and callous to suggest so. While the comment sections of most content providers might be filled with some of the worst people shouting clouds, the comments on our friends posts contain both heartfelt message, and even sometimes *gasp* actual conversations about the issues of the world where people are push to think about the content and things they're saying. Adding the dislike button seems like little more than a further dumbing-down of our discussions and another slide backwards for meaningful interactions with other human beings.