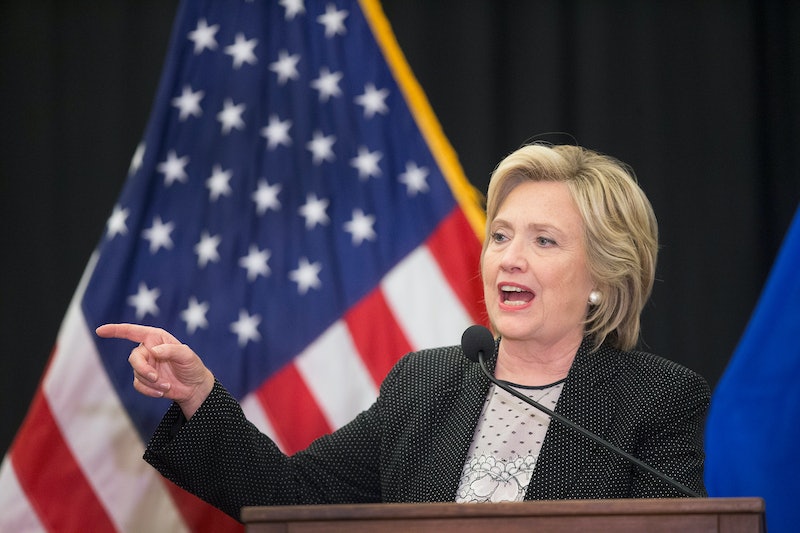 After the teen's story of injustice went viral, President Obama and Hillary Clinton sent tweets to Ahmed Mohamed in support after he was falsely suspected of bringing a bomb to school earlier this week. Mohamed, age 14, came under suspicion on Monday when an English teacher at his high school in Irving, Texas, caught sight of a homemade clock he had brought to school. Thinking that the clock could be a bomb, the teacher confiscated it and reported the incident to school authorities. Mohamed was brought into questioning by school officials and police before being arrested, handcuffed, taken to a juvenile detention center, and suspended by the school.

Mohamed, who is interested in robotics and engineering, maintained throughout his interviews with police that the device was a clock, but was nevertheless arrested on suspicion that it was what police described as a "hoax bomb." Irving Police spokesman James McLellan confirmed to The Dallas Morning News that Mohamed had insisted that the device was a clock, saying, "We have no information that he claimed it was a bomb. He kept maintaining it was a clock, but there was no broader explanation." The Irving Police have since announced that charges will not be filed against the teenager.

Mohamed's father, Mohamed Elhassan Mohamed, originally from Sudan, has suggested that he believes his son's religion played a part in the incident, saying, "[B]ecause his name is Mohamed and because of Sept. 11, I think my son got mistreated." In a press conference, Irving Police Chief Larry Boyd said, "We have always had an outstanding relationship with the Muslim community. We recognize that situations like this present challenges but we're committed to continuing to build that positive relationship."

In the last couple of days, Mohamed's story has garnered national attention and a surge of support on social media, with over 370 thousand tweets offering support for the teen through the #IStandWithAhmed hashtag. Both President Obama and Hillary Clinton have tweeted their encouragement to the budding engineer, with the president inviting Mohamed to the White House:

Mohamed's sisters set up a twitter account for their little brother, which he has used to thank all of his supporters: