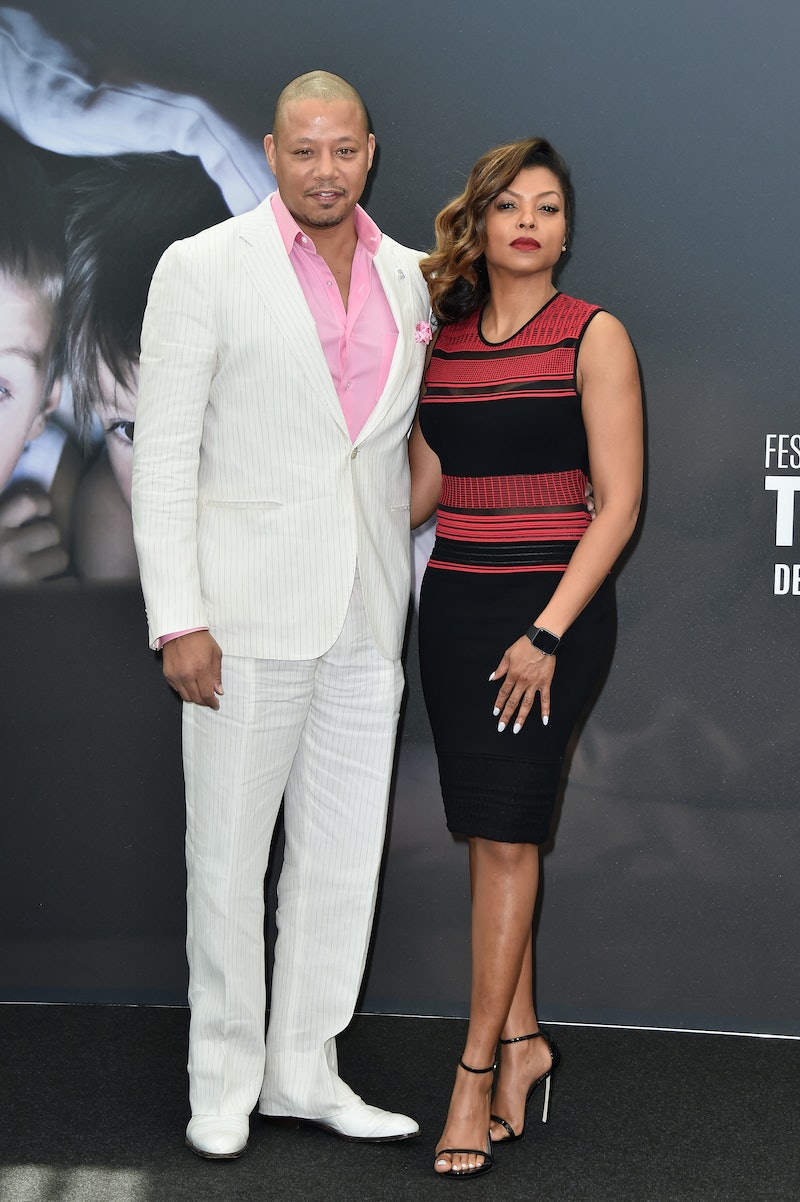 Fans of the hit series Empire might not have gotten all of the Emmy nominations they ideally wanted this year, but that doesn't mean they won't have anything to look forward to at the award show, taking place Sept. 20. Empire was nominated for three Emmys, one for Taraji P. Henson as best actress, and two for costume categories. But beyond trophies, fans also have Henson's red carpet appearance to look forward to as well as the possible appearance of her co-star Terrence Howard. And with these two beloved Empire stars spending so much time together, fans might be wondering if Taraji P. Henson and Terrence Howard are friends in real life — especially if they rock another red carpet side by side.

As it turns out, Henson and Howard are super close off set. In fact, they have been good friends for such a long time that they have actually been suspected of being more than friends all the way back in 2009. It sort of makes sense why it would be speculated; after all, they did play a couple back in 2005 for Hustle & Flow. And since they now play a couple on a hit TV show, of course, rumors have picked up once again about the true nature of their relationship. However, they have steadfastly denied the rumors. "I didn't want to blur the lines. This is a job that I have to do. I cannot get caught up in it," Henson said in a recent interview with Allure. But just because Howard and Henson are not a couple does not mean they can't be warm toward one another. And warm they are. They never hesitate to shout each other out for their respective accomplishments, and it is really a sweet thing to see.

In an interview with WetPaint, Howard said of Henson, "To me, [Taraji] reminds me of my aunt, my father’s sister and the funniest, most honest person I’ve ever known." High praise! He also talked how their relationship probably played out over several lifetimes. He said,

We’ve been brother and sister, we’ve been father and daughter, we’ve been son and mother, we’ve probably been husband and wife. There’s been so many different lifetimes that there’s this accumulated love and disappointment and hope that we feel for each other.

That's a pretty special connection to feel with a co-star. But don't think he's let her accomplishments fall by the wayside. Howard also said to the pub that he hopes to find other actors that complement him the way she does.

And Henson, for her part, has also taken the time to shout out her co-star. When she was considering the role, she joked that she sort of forced the executive producer to hire him on Empire. Talking to Wendy Williams, she said, "When I opened up the script, I saw [Terrence] and I. I heard the words coming from his mouth. I said to [Lee] – I didn't even have the job yet, and I said, 'So if you can make that work, hire Terrence, great. If not, good luck with the show.'"

Aww, how adorable! Look for this fantastic pair of friends on the Emmys red carpet. I'm sure Howard will likely be there to support her, as always. In case you forgot what their on-screen relationship was like, check out this Empire Season 1 drunk recap video.