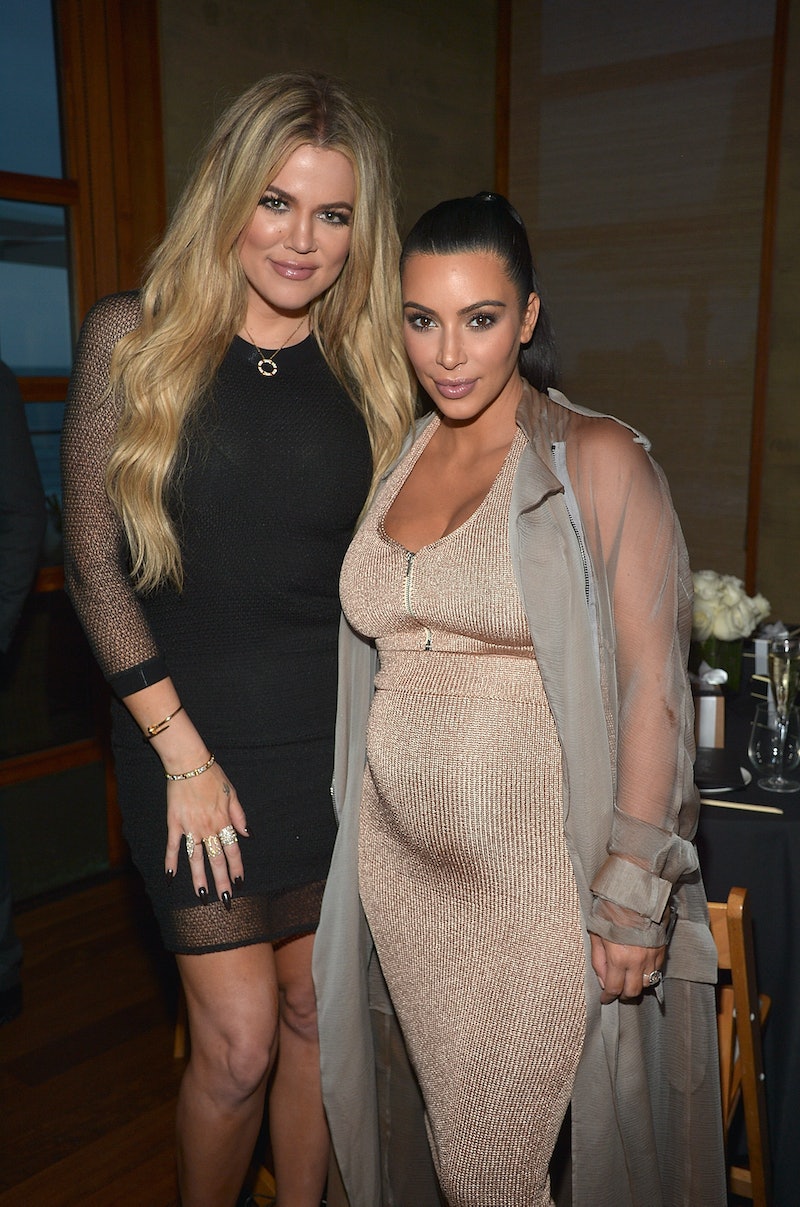 This Sunday night, when Keeping Up With the Kardashians Season 10 returns, it's kicking off with an exciting "four-episode event": Kim and Khloe's trip to Armenia. While the show usually is at its best when showing the sillier side of the family's lives, its occasional forays into different tones has been successful in the past few years, from Kim and Kanye's romantic, handheld wedding special to the groundbreaking new spinoff I Am Cait. So the sisters' trip overseas will be an interesting segment for the series, since parts of it will likely be more serious than a typical episode.

The Kardashian siblings are half-Armenian, so they'll be connecting with their heritage on this trip. A big theme of the early seasons of KUWTK focused on the Kardashian kids' relationship with their late father, Robert. And since Robert was Armenian, I'm sure their dad is going to be on Khloe and Kim's minds. Also on their minds will be the anniversary of the Armenian genocide, which the trip was meant to commemorate. Here's everything that we know so far about what will happen when the Kardashians go international this season, which makes for a very promising four episodes.

Khloe Is Going To Get Upset

I don't know whether this is in reference to international fans mobbing the family or Kim acting too busy to hang out with her sister, but either way, it looks like Khloe is going to need some TLC.

Kanye Will Join In With Some Free Music

Even though Kanye West hasn't been a big part of previous KUWTK seasons, it looks like the Armenia trip inspired him to join in, and it's pretty awesome of him to not just give a free concert, but to perform it in the middle of a fountain or lake. I look forward to hearing the context surrounding this venue choice.

There Will Be A Serious Side To The Trip

Kim and Khloe are going to be taking time to commemorate the 100-year anniversary of the Armenian genocide. The Kardashians' fame can be put to good use here, because it's a tragedy that far too few people know about.

The Prime Minister Will Be Involved

The Prime Minister of Armenia will have a whole sit down with the sisters, and the discussion will certainly be interesting, especially since it will show a new side of the sisters.

Kourtney Won't Be There... Supposedly

While Kourtney posted on Instagram that she wasn't in Armenia because it was too difficult to make the trip with her kids, a shot in the promo for the series shows what looks like Kourtney exiting a private plane. That could be from a different, shorter trip, but there's also a small chance that she'll show up for a quick visit.

Kim Will Put On Some Traditional Garb

The Theme Of The Trip Is Strong Armenian Women

As Kim and Khloe describe here, they will be honoring the Armenian culture's appreciation of women in particular. I think this trip to Armenia could make for another fascinating special of Keeping Up With the Kardashians, and show a side of this famous family that isn't normally seen.