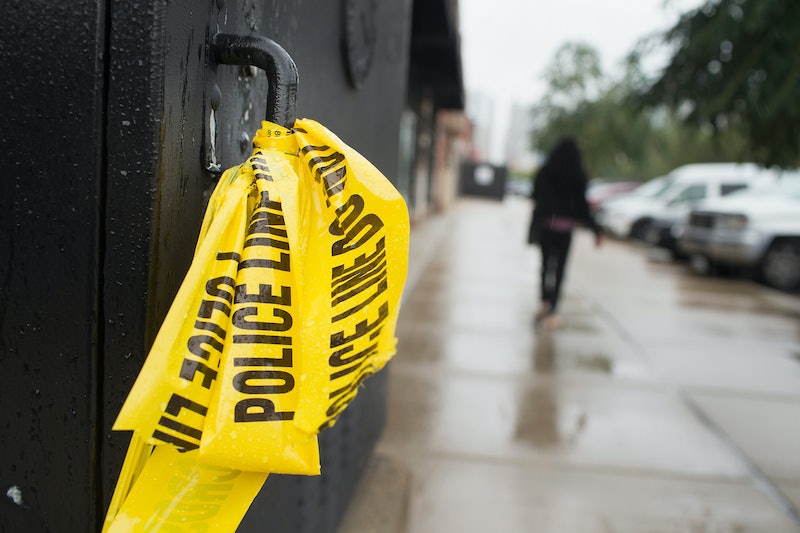 In the report, which looks at all single victim/single perpetrator thomicides with a male perpetrator and a female victim from 2013, researchers lay out some pretty depressing statistics. For all incidents in which such details could be verified, 94 percent of female victims knew their male killer. Of these, 62 percent were killed by a current or former romantic partner — though the researchers note that since the standard FBI homicide form does not have a box to mark someone as an ex-boyfriend or ex-girlfriend, meaning this number could be substantially higher than they are able to verify.

The report also notes that in most homicides of this type, the victim and perpetrator are of the same race. However, they found that black women were at significantly higher risk of homicide than white, Asian, or Native women.

The majority of the homicides for which they could obtain details happened as the result of an argument and were unrelated to the commission of other crimes. The average age of victims was 40. And by far the most common murder weapon was a firearm.

So what can be done about all this? Well, the answer might lie in the report's state-by-state breakdown.

Predictably, women in some states are less likely to be murdered than women in others. The state with the highest per capital rate of women killed by men is South Carolina, where 2.32 women are killed by men per 100,000 female residents, more than twice the national average. The full list of top 10 worst states for deadly violence against women is as follows:

So what do these states have in common? At first glance, there don't seem to be many unifying features. They are located in vastly different regions of the country, from the Northeast to the Midwest and from the South to the West Coast. They also vary widely in terms of key indicators for women's equality, such as women's participation in government and women's education.

They do, however, all tend to be of lower socio-economic status; in seven of the 10, the median household income is under $50,000 per year, while most of the relatively safest states have a median household income above this amount — and studies have shown that people living below the poverty line are more likely to be the victims of violence of all types. The correlation does not map perfectly — median household income in Alaska, for instance, is above $60,000, yet they are still second to South Carolina in terms of women killed by men per capital. But it is significant nonetheless.

Still, the biggest common denominator here seems to be the fact that all of these states lack strict gun control laws, and it is this potential root cause that the report's authors focus on most. All of the 10 worst states have an F rating from The Brady Campaign, a pro-gun control group. Additionally, the fact that Maine has one of the 10 lowest rates of overall gun deaths but one of the highest rates of women killed by men suggests that gun violence disproportionately affects women. Despite the rhetoric of anti-gun control activists suggesting guns make women safer, it seems evident that in fact the opposite is more likely.

The authors note that in homes containing a firearm, otherwise non-fatal spouse abuse can turn fatal, and that numerous other studies have found having a firearm in the home to increase a woman's risk of homicide. "For women in America," they conclude, "guns are not used to save lives, but to take them."

The message is clear: If you really want your state to get safer for women, cracking down on gun ownership is a good place to start.

You can find more in depth details about your state in the report here.