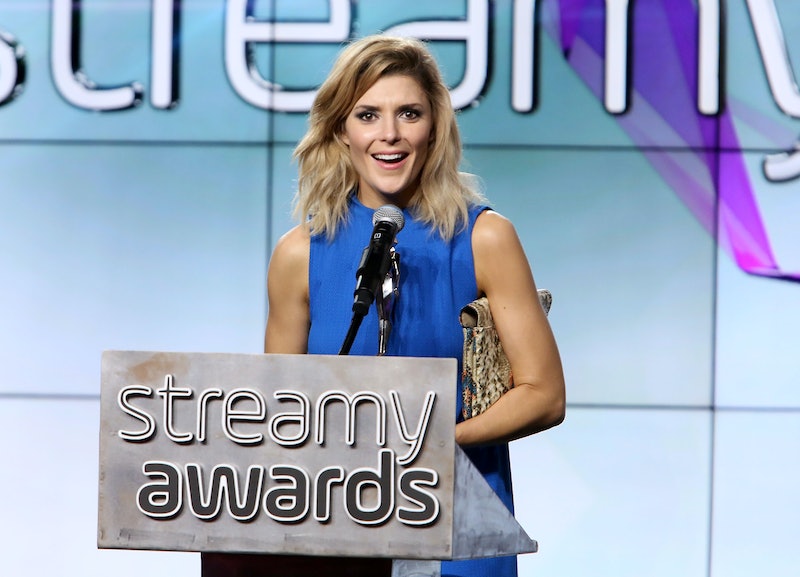 Digital content continues to take over the entertainment industry, and a big indication of that is the glitz and glamour going into the Streamy Awards on Thursday night. The show will be broadcast on VH1, but for the casual viewer, can you stream the Streamy Awards? It's totally understandable to not have cable — especially if you're the type of person who looks to Youtube, Vine, and other streaming sites or apps for your major sources of entertainment. Lucking, and appropriate for the show, streaming the awards could not be simpler. There will be a livestream right on the Streamy Award website.

You're definitely going to want to check it out. Not only are some of your favorites nominated, but this is a great way to become aware of new content. Streaming content is such an all-inclusive field, and so the nominees at the streaming awards range from performers to fashion icons and even a few established celebrities in other mediums. I'm a narrative girl, so I was happy to see some of my favorite shows like the Canadian series Carmilla, indie series The New Adventures of Peter and Wendy , as well as Frankenstein M.D. from Pemberley Digital and PBS Digital Studios get nominated. Here are some other nominees to be on the lookout for during Thursday night's show.

You may have seen this video on television recently. Oakley is nominated for Entertainer of the Year. With his confessional vlogs, his power is in simplicity and honesty. He's also hosting the awards, so remember that face.

If you are a newcomer to the Streamy Awards and want to know what all of this youth nonsense is about — one of your biggest takeaway sshould be the name Grace Helbig. She's a comedienne and blogger with multiple Streamy nominations who recently came to late night as Chelsea Handler's replacement with The Grace Helbig Show on E! earlier this summer. Yes, hers was one of the many faces missing from that Variety cover. She's a star on the rise who still makes three videos a week. Amazing!

Also nominated for Entertainer of the Year at the Streamy Awards, Bach is a Vine star. He is a comedian who has mastered the short form. How do you end up spending hours watching six second videos? This is how.

Now in Season 3, this is one of the biggest narrative webseries up for major Streamy Awards — and it's no surprise! The show features tons of your favorite internet stars.

It's a simple concept from the Fine Brothers that captures recent nostalgia and those crazy youth brains in general. It's also a handy reminder that putting the blanket label "millenial" on anyone between the ages of 12 and 35 is ridiculous. The companion series Kids React is also nominated.

The advertisers and entertainers are nominated both for Best Comedy, and for Best Show with their show Good Mythical Morning.

Lilly Singh is another comedy vlogger with multiple nominations at the Streamy Awards.

Finally, in lifestyle/beauty vlogs, there's Ingrid Nilsen! She's not the biggest name out there, so the Awards could really give her that exposure bump. That's what makes the Streamy Awards so great. It's a populist show. Overall, the Streamy Awards are full of lovable weirdos just like us with a camera and lot of creativity. Hopefully we'll all leave the ceremony, whether it's streaming or on television, with a few new obsessions.