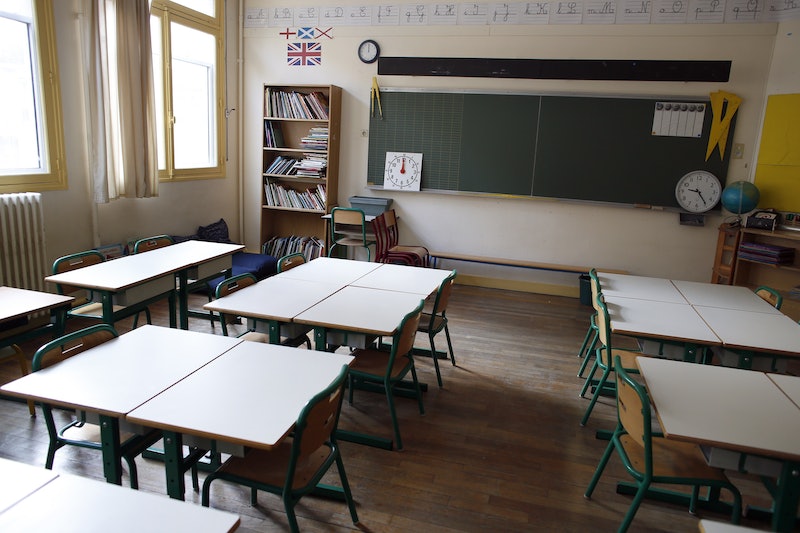 In a story that has outraged a nation and already captured Democratic support, Ahmed Mohamed, a 14-year-old wannabe engineer in Irving, Texas was arrested on Monday, after making a homemade clock that a teacher at his school feared was suspicious. Mohamed had placed the clock inside his pencil case, and when it began to make a noise, local police were called and Mohamed was booked for allegedly owning a fake bomb. Second only to discussion about the GOP debate Wednesday is Mohamed's story, which many argue is one instance of many of Muslims being targeted in the United States. So will Mohamed's story be discussed by the GOP panel of presidential candidates at the second debate on Wednesday night?

On the other side of the aisle, several Democrats have already broadcast their support for Mohamed. "Cool clock, Ahmed. Want to bring it to the White House? We should inspire more kids like you to like science. It's what makes America great," President Obama tweeted Wednesday; he later officially invited the teenager to the White House for Astronomy Night on Oct. 19. Meanwhile, Hillary Clinton Tweeted: "Assumptions and fear don't keep us safe — they hold us back. Ahmed, stay curious and keep building."

Just days after the 14th anniversary of the Sept. 11 attacks, advocates claim that Mohamed was assumed to have created a "suspicious device" because of his race. (Irving police say that Mohamed was the victim of a "naïve accident," but have maintained that the clock looked suspicious to an observer.) For many, remembering the 9/11 attacks this year, and every year, brings not only sorrow for almost 3,000 victims, but also for the almost 15 years of relentless fear and judgment aimed at Muslims and people of color in the United States and beyond.

Mohamed's case has garnered support across the country, not just because of his arrest, but also because that arrest symbolizes the treatment many Muslims say they have received in the years since 9/11: suspicion about their motives, victimization by stop-and-frisk and other policing techniques, and the implicit assumption that they support Islamic fundamentalists (which, it always bears mentioning, are a world apart from supporters of Islam the peaceful religion).

Given that it's a hot topic among other politicians, if nothing else, the GOP candidates should bring up Mohamed's case as an illustration of the racial inequality that plagues this country — and you better bet that candidates in a Democratic debate would. But most likely, if the candidates in Wednesday night's debate do bring up Mohamed, they will do so to trip one another up. For example, given Donald Trump's painful comments about Mexican immigrants, he is likely to be attacked by another candidate, who will use his racially-charged comments as an example of the kind of thinking that alienates Muslims and other people of color in the United States.

That candidate wouldn't be wrong. Ultimately, however, Mohamed's story is not a tool to be used for political capital — it's a story that should be used to force discussions of racial stereotyping and what is to be done about it. And though I hope the Republican candidates will use it to talk about the America they're going to change for the better, it's hard to imagine this group using the story as anything other than a means to bring down their competitors.