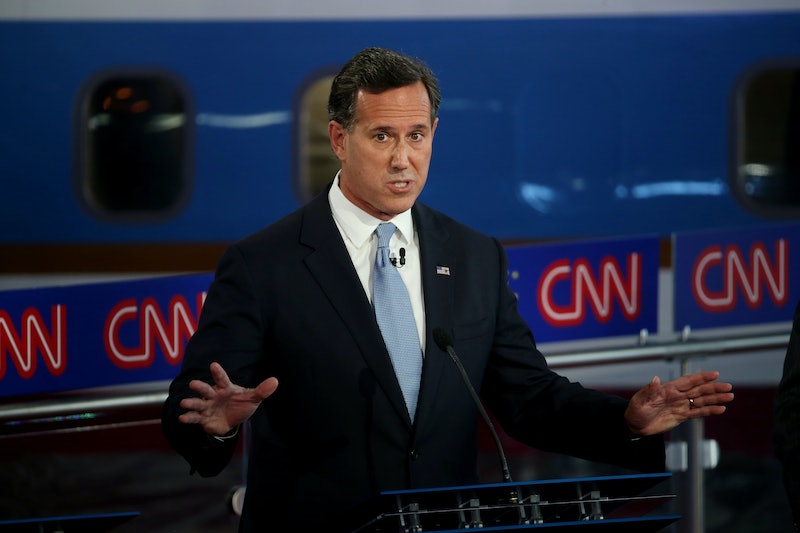 Within moments of things kicking off, Rick Santorum referenced his disabled daughter, Bella, during his opening statements at the GOP presidential debate. It was a little jarring, and left some wondering if he was trying to use his daughter to garner sympathy. Bella Santorum, now six, has Edward's Syndrome, or Trisomy 18, a chromosomal disease that is often fatal. While Santorum has spoken about Bella regularly, including her in his opening statement was odd.

The moment came as Santorum listed his accomplishments, citing what audience members may know him for. "Hopefully most of you know me most because I'm the proud father of seven children," Santorum said. "Particularly a special little disabled girl who is the core of my heart."

While Santorum might have meant it as a heartfelt shout-out to his family, or a way of bringing awareness to disabilities, it didn't come off like that. Many felt that Bella's mention was strange at best and pandering for sympathy support at worst.

Regardless of the intent, the statement doesn't seem to have echoed well with debate viewers, who took to Twitter to express their displeasure.

Maybe Santorum's debate performance will help him bounce back from the comment. But it doesn't look like a good beginning to a debate in which he needs to stand out.