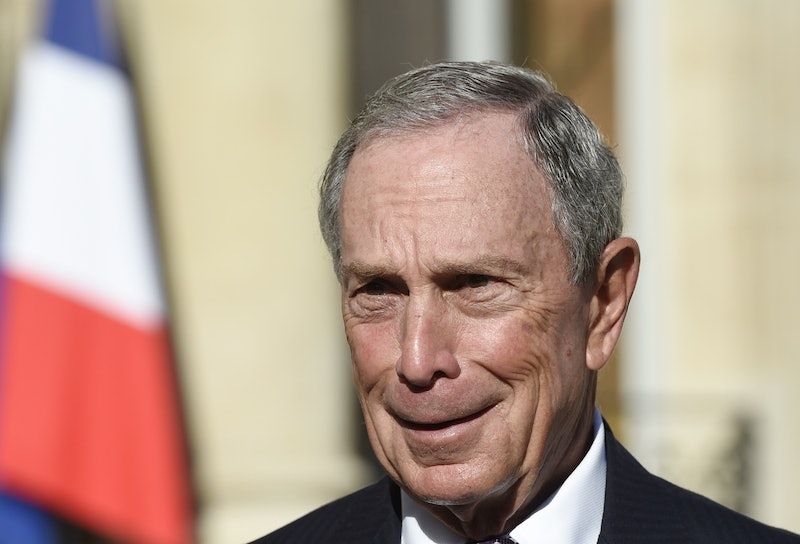 On Wednesday evening, the NRA ran an ad against Michael Bloomberg during the 2016 CNN presidential GOP debate, urging voters to vote against Bloomberg, which raised more eyebrows than it did rounds of applause. The ad starts off looking like a terribly planned kid's birthday, with balloons all endowed with presidential hopefuls' faces on them ... and then it pans out to Bloomberg. Throughly confused yet? Good, I'll keep going.

The NRA calls Bloomberg an "anti-gun hypocrite," but that's not all. They also insulted the former mayor by reminding everyone what a terrible human he is. His past transgressions, you're wondering? Oh, just putting a tax on soft drinks, you know, so Americans can maybe stay alive for longer. Call me crazy, but does the NRA not know that Bloomberg isn't a presidential candidate? Do they not know he recently packed up and moved to London? Do they even care that the rumor mill swears Bloomy is allegedly planning a bid at running for mayor in London? But what if the ad is hinting at something else? Does the all-knowing NRA know something not even the Republicans and Democrats do? Is Bloomberg running for president in the 2016 cycle?

Here's the ad in full, in case you missed it or in case you want to be just as dumbfounded as the rest of us: