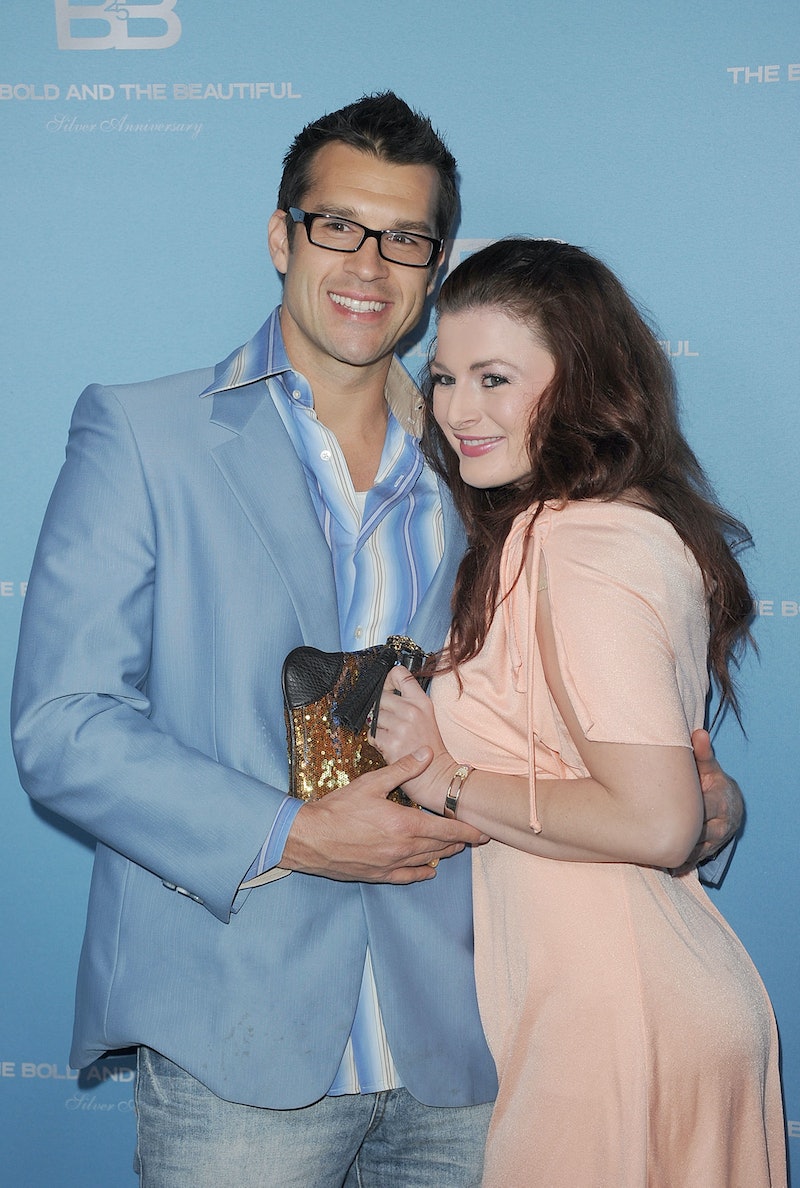 This season of Big Brother has welcomed many past houseguests back to the CBS studio like Frankie, Brittany, Caleb, and Jessie. On Wednesday's live eviction show, Julie Chen welcomed Brendon Villegas and Rachel Reilly back to Big Brother 17 , to get their take on this season, the Liztin showmance, and make a big announcement. While it was interesting to hear them support Liz and Austin's relationship (???) the big moment actually came when Rachel announced that she was pregnant.

In true Rachel fashion, her announcement was a nod to her famous catchphrase. "No one gets between me and my man, except a Brenchel baby!" Look, she might not have been my favorite person to play Big Brother, but I have to admit, that was kind of cute. Julie, who acted like she was surprised, was ready with a Brenchel baby onesie, so I don't know what planet the Chenbot was hanging on, but you're not fooling me with your pretending, girl.

The two didn't have many details to give about the upcoming third member of their family, but that's OK, because we can speculate. Rachel announcing the pregnancy on national TV hints that she's at least through the first trimester (or about). She wasn't showing, so that hints a bit at how far along she is. So, we kind kind of guesstimate that she will be due in the beginning of 2016.

As for names of the Brenchel baby, I'm not totally against just naming it Brenchel. It's unique and gender neutral. And, let's be honest, Julie would be a cute name, too, because of Julie Chen, of course. We know the baby would never be called a few names (Ragan is just a guess). But, whatever the baby is named, I'm sure it will be very cute and very smart (both Brendon and Rachel are crazy intelligent). Plus, the baby already has a legion of fans supporting him/her.

And, just think, by Big Brother 39, Brenchel baby could be competing in the very same house mommy and daddy met in.