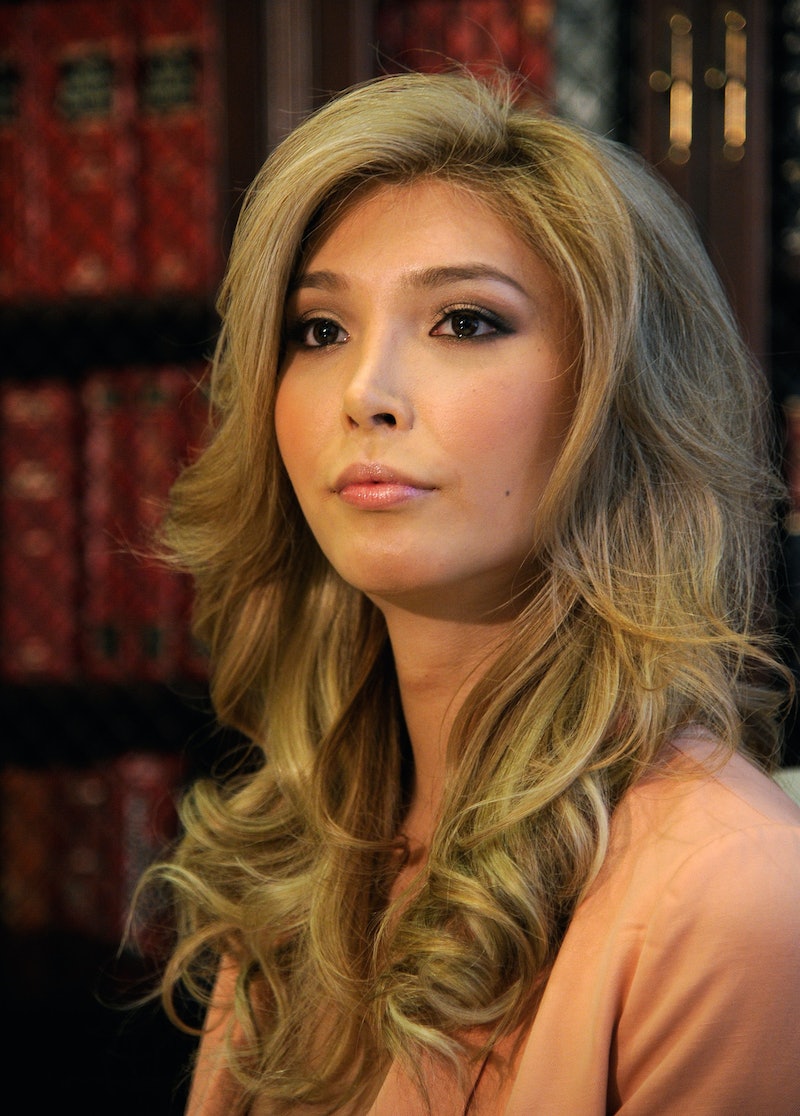 Jenna Talackova, the transgender model who was disqualified from Miss Universe Canada when organizers discovered she was born a man, has no time for tears. Elle Canada is featuring her in a spread in their January 2014 issue. And damn she looks good.

We already knew Talackova was awesome when she got the Miss Universe organization to change its trans-phobic rules in 2012. As a result of the policy change, transgender people can now participate in Miss Universe, Miss USA, and Miss Teen, and Talackova herself was eventually allowed to take part.

Talackova was born a man but had a sex change five years ago. "I believe I am a woman who went through transgender procedures. As soon as I started taking hormones, I felt more and more complete. How everything worked out is amazing," she told Elle.

Since her Miss Universe days, Talackova has become a spokesperson for transgender rights, and will be starring in reality TV show Brave New Girls, set to air January 19 on E! Canada. The model has her heart set on some big dreams, Elle Canada reports, including recording a K-pop song and starring in an action movie.

No matter what happens, Talackova has some pretty amazing words of insight for those struggling with their gender identity. “You know, you need to be real with yourself, and you need to realize that it’s not a mistake,” she told Elle Canada. “You have an amazing life to live — live it the way you want to.”

More like this
Why You're Seeing Green Bandanas At Abortion Rights Protests
By Lexi Inks
Tess Holliday Wants The Metaverse To Be A Safe Space For Plus-Size People
By Dominique Norman
Aesop's Queer Library Is Open
By Tomi Otekunrin
How To Come Out Online, According To Trevi Moran
By Melanie Mignucci
Get Even More From Bustle — Sign Up For The Newsletter