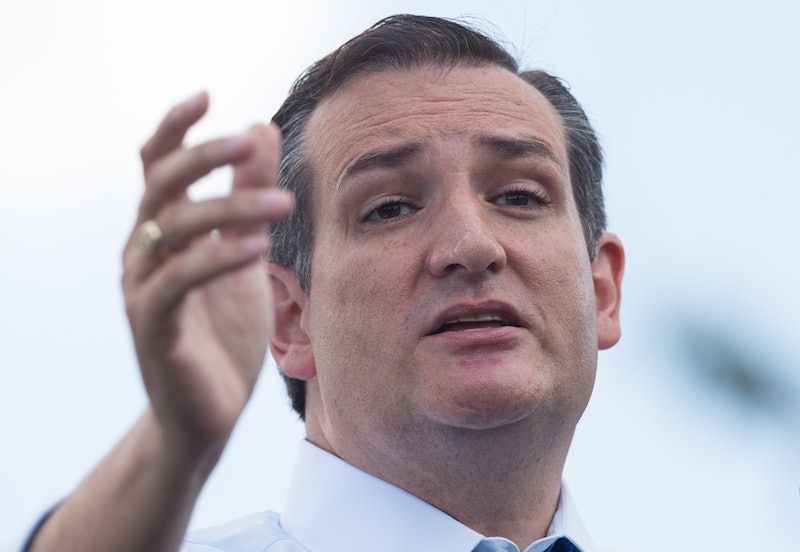 The GOP candidates are constantly under an immense amount of scrutiny all of the time even this early in the election cycle, and certainly eyes are on them more closely than ever during their debates. In particular, during the second GOP primetime debate on Wednesday evening, there were serious questions not only about immigration, Planned Parenthood, and ISIS, but also regarding (of all things) the contents of Ted Cruz's lapel pin. The small pin caused quite a stink on Twitter, and I mean that literally, because apparently some people think the lapel pin looks like an American flag with a picture of, ahem, poop on it.

There have been speculations from fecal matter to a Canadian maple leaf. Entertaining though those theories may be, they make absolutely zero sense. It turns out that the mystery item adorning Cruz's American flag lapel pin is simply the shape of the state of Texas. Pause to let the light-bulbs go off, because Cruz is the junior senator for Texas. Obviously he wanted to add a little home state flair to his attire for the big night, but didn't go ever as well as he might have hoped.