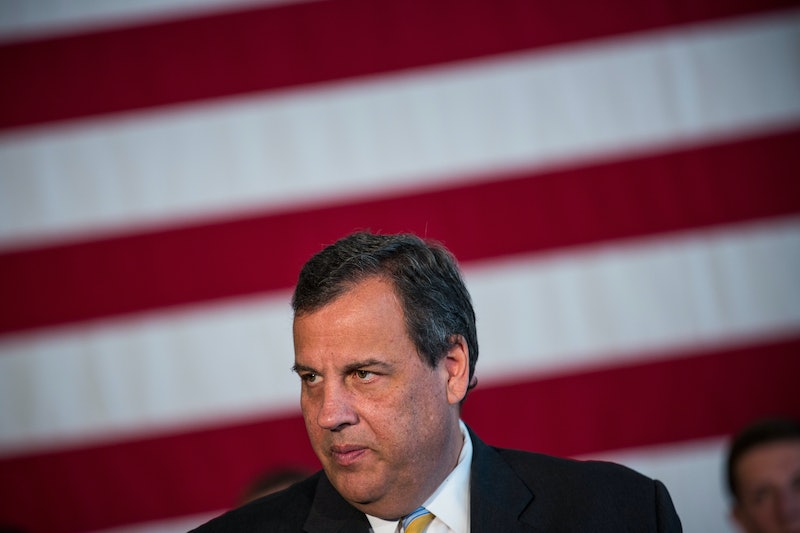 Chris Christie crossed a line during Wednesday night's GOP debate when he attacked rival Democrat Hillary Clinton for supporting Planned Parenthood, despite recent videos out of a pro-life activist group that allegedly showed Planned Parenthood top brass discussing the sale of fetal tissue for cash. Insinuating that Clinton supported the "systematic murder of children," Christie claimed that the former Secretary of State had essentially given tacit approval to felonious behavior. Unfortunately, there were more than a few things wrong with his statement.

"[Hillary Clinton supports] the systematic murder of children in the womb to preserve their body parts in a way that maximizes their value for sale for profit," said Christie. Christie's rival, former Hewlett-Packard CEO Carly Fiorina, then piled onto Christie's accusations, drawing up imagery of a fully-formed, aborted fetus who had been kept alive for its organs.

Both comments were egregiously riddled with errors: To date, investigations into both the video footage released by the pro-life Center for Medical Progress as well as Planned Parenthood itself have not yielded evidence of any illegal behavior. Planned Parenthood CEO Cecile Richards made asserted in a July op-ed for The Washington Post that all the alleged missteps put forward by the activists were, at their heart, false.

"While predictably these videos do not show anything illegal on Planned Parenthood’s part, medical and scientific conversations can be upsetting to hear, and I immediately apologized for the tone that was used, which did not reflect the compassion that people have come to know and expect from Planned Parenthood," wrote Richards.

Despite all the facts that directly conflicted with the GOP narrative on Wednesday night (e.g. inability of non-Planned Parenthood clinics to handle the sudden influx of patients if the latter were to be shut down), it didn't stop Christie and his counterparts across the stage from launching into angry tirades over the topic of abortion.

"Do you believe that an unborn fetus is a human being, or do you believe it's just a blob of cells?" former Arkansas Gov. Mike Huckabee asked, suggesting questions which could potentially filter out "liberal" Supreme Court nominees who might otherwise side with organizations like Planned Parenthood. Christie himself added earlier in the evening that, if elected president, he would put defunding Planned Parenthood high on his list legitimate excuses to shut down the government.

"[I'd] put it on the list," Christie finally admitted after moderator Jake Tapper prodded him a third time to address the issue.

Taking a stand on the opposite side of the aisle was Ohio Gov. John Kasich, who explained that shutting down the government over any issue would do nothing to help the Republican cause.

"The American people are going to shake their heads and say, 'What's the problem with these Republicans?'" said Kasich. "I am not for shutting the government down because I don't think it's going to work out."