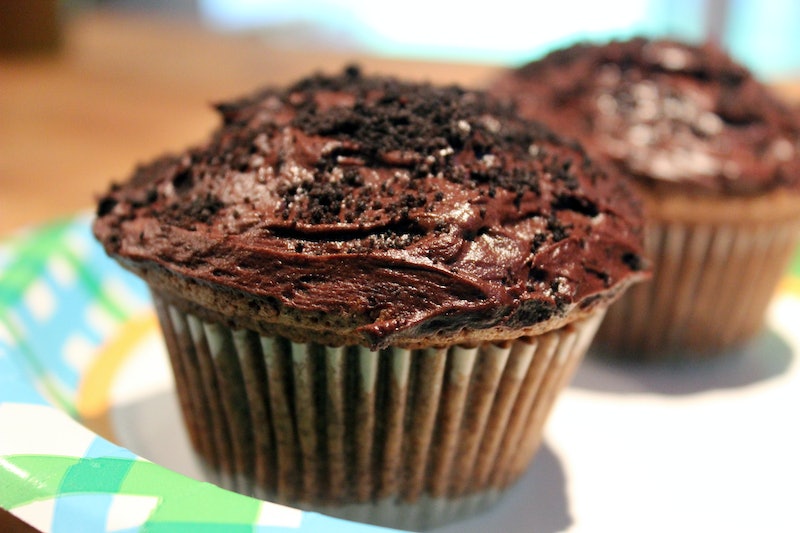 If you’re trying to live a healthy lifestyle, you’re probably aware that there are certain foods to avoid eating too late at night — such as foods high in carbs and sugars — since it will take your body longer to break them down while you’re sleeping. But did you know there are foods you should avoid if you want a good night’s sleep? That’s right — late night munching can actually keep you up past your bedtime.

I’m a night owl, so eating dinner at 6 p.m. on the dot but going to bed at 1 a.m. doesn’t really work for me. Just as eating certain foods can keep you up, not eating enough can also keep you up, so you have to find a good balance. Of course, certain foods can actually help you fall asleep — such as fish, rice, and yogurt — and they won’t mess up your diet. For the most part, “unhealthy” foods are the biggest contributors to sleeplessness, but only because their components take longer for the body to digest at night when you’re trying to rest. But don’t think snacking on veggies is the solution, either.

If you’re having trouble sleeping, be a little more mindful of what you’re having at dinner or as a late night snack — your favorite bag of chips might be the culprit.

Obviously, you don’t want to have a cup of coffee before bed if you’re looking to get a good night’s sleep, but you’ll also want to avoid foods with caffeine in them too — like chocolate. Chocolate, and foods like ice cream and brownies that include it, have just enough caffeine to keep you awake longer than you’d like.

It pains me to even write this — bacon should be enjoyed anytime you want! But bacon contains tyramine, an amino acid that helps produce a brain stimulant.

As delicious as nuts and seeds are, you might want to avoid them as a late night snack. Peanuts and pistachios are known to provide natural forms of energy, so they might keep you up if you eat enough.

A handful of chips might seem like a light snack, but they can be high in fat, which can keep you awake at night. Because your body has to spend extra time digesting, you’ll probably spend a little bit of time tossing and turning before you can power down.

You’ll feel full quickly eating carrots and other crudites, but this veggie is another food that is a bit slow to digest, and your sleep might suffer because of it.

This includes all the delicious chicken tenders, French fries, fried fish, and onion rings that pubs seem to have on the menu. Stick to eating these earlier if you need to hit the hay at a reasonable hour.

As appealing as a nice, juicy steak sounds, don’t eat one before bed. It’s high in protein and fat — both of which can throw off your sleep patterns.

This one was a surprise for me, too. Broccoli contains tryptophan, which helps facilitate sleep, but it also has high amounts of fiber, which can keep you up. So, you can still get your veggie on, but make sure to do it early.

I know, I know, cheese completely controls my life, too. But you should only eat the fresh stuff late at night, and avoid aged cheeses like Bleu.