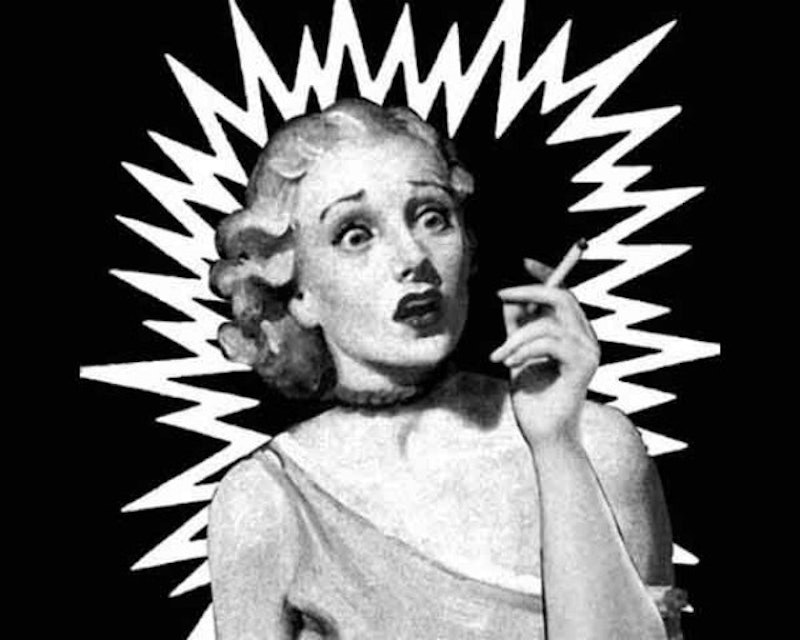 Marijuana, weed, bud, herb, spliffs, ganja, wacky tobaccy — whatever you call your friendly neighborhood cannabis, it's actually got a stranger and longer history than you likely knew. Its public image nowadays may be all glitter bongs and pot-smoking patron saint Miley Cyrus (with an occasional assist from Snoop Dogg), but it's been used for everything from stomach complaints to anesthetic throughout history. And if you were an American between about 1850 and the 1930s, you could get it in a huge variety of over-the-counter medicines if you popped to the pharmacy for a headache cure. If anything, America's probably spent a little more time with legal weed than it has without.

Cannabis tends to show up in the news for three reasons: drug busts, legal movements, and medical innovation. A new process involving brewing cannabis's main psychotropic ingredient from scratch, for example, has just been perfected in Germany, and might be a breakthrough for cancer drugs. And it may prove to be a key part of the presidential election, with Democrat Bernie Sanders supporting weed use in medical scenarios. We're likely to hear a lot about weed in the coming months and years. (God help us if we have to listen to a Donald Trump story about his stoner days.)

So the next time it comes up at a party, amuse everyone by throwing down one of these factoids. Just do it before you get stoned, or you may get the facts a little muddled.

According to The Genus Cannabis , an industrial handbook on marijuana edited by David K. Brown, evidence of the hemp plant being used in medicine — and recreational enjoyment — can be found in societies as diverse as ancient China, Rome, and Egypt, and it also pops up regularly in archaeological sites from Neolithic Europe. We've clearly known about hemp and its potential affects for a seriously long time. The Greek historian Herodotus reported that the Scythians strewed hemp "seeds" (probably lumps of resin) on hot stones, inhaled the vapor, and would "shout with pleasure" at the results. Guess people have known about the benefits of vaping for a while.

2. Cannabis Has A Close Connection To Beer

Marijuana is more closely related to beer than you may realize. The cannabis plant (which you'll recognize by the pointed leaves splashed all over Miley Cyrus's Instagram) is in a genus with just one other plant: humulus — though you likely know it by the name given to its female flowers: hops. Hops, of course, are what flavors and stabilizes beer — so a toke and a Heineken are actually a feast from the same plant family.

3. Cannabis May Appear In Homer's Odyssey

The identity of a particular drug called nepenthe in Homer's Odyssey, the famous ancient epic about the tragic Trojan War, has caused a lot of controversy over the centuries. Nepenthe is described as a drug that banishes sorrow, and Helen of Troy, she who launched a thousand ships, serves it to herself and her guests to cheer them up. Various ideas have been posited for what nepenthe actually might be, but one theory is that it's cannabis. (It's possible, however, that Homer just made it up.)

If the only exposure to the Arabian Nights of Scheherezade you've ever had is Disney's Aladdin, prepare to have your eyes opened. The Disneyfied tale is one of many in the collection of stories supposedly told by Scheherezade to her husband the Persian king in order to distract him from killing her. And cannabis — in the form of bhang — appears in several of the stories, often to sedate or intoxicate characters at key moments. Sir Richard Burton, the translator of the famous 1885 edition, inserted an entire editor's note about cannabis and what it was meant to do.

5. The Word "Marijuana" Comes From The Mexican Revolution

How did we end up with the term marijuana (and then mary jane and all its other variants) for a plant whose scientific name sounds completely different? An investigation by Al-Jazeera America found that it, and the first anti-cannabis laws, came from the same place: immigrants driven north by the Mexican Revolution.

Despite the fact that cannabis was already widely known in the U.S., the name "mariguana" seems to have come with Mexicans fleeing over the border from the Revolution after 1910, and bringing the drug with them as they settled. Anti-drug crusaders, motivated partially by racism, started lambasting this drug under its "new" name — and targeting the new immigrant communities who used it. Hardly nice history.

6. Cannabis Has Never Before In History Been Taxed — Until Now

Colorado will become the first U.S. state to reach an interesting taxation precedent. Since it made marijuana legal, its State Department of Revenue has collected a massive amount of marijuana-related taxes — and they've just announced that, for the first time, they've earned more tax from marijuana than they have from alcohol. ($70 million as opposed to $42 million, if you're interested.)

The impact on state revenue has been so enormous that Colorado declared a "tax holiday" for one day on all marijuana-related items, as a sort of reward for the millions of dollars the legal trade had earned the economy. The taxes, in case you were wondering, are a 10 percent retail tax and a 15 percent excise tax for large wholesale amounts. One grower told ABC that the one-day tax holiday meant he “probably saved $45,000 before lunch".

7. Cannabis Is Responsible For "The Worst Film Ever Made"

Well, sort of. The 1936 complete shambles of a film now known as Reefer Madness has become a cult classic as one of the worst films ever made in any language, and now attracts huge audiences — both because of its ridiculous message (that weed can cause everything from suicide and madness to assault and, even worse, a liking for jazz music) and because it's absolutely horribly made. Part of that isn't the fault of the original makers, a church group who financed the propaganda film themselves; it's because a later director, Dwain Esper, acquired the rights, and decided to insert all kinds of new sexy shots into it, making an already loony film even more bonkers.