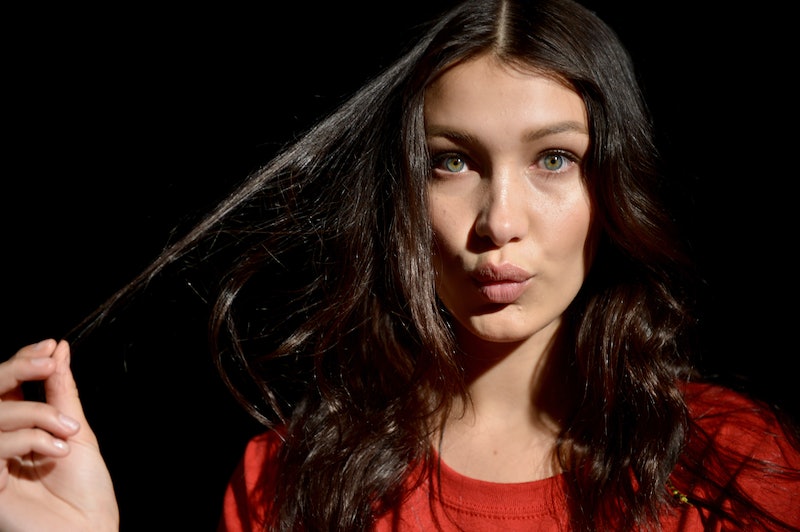 This may be the year of Gigi Hadid, but I’m thinking 2016 might bring on the reign of another millennial model. Keeping it all in the family, of course, Gigi’s baby sister Bella Hadid ruled the NYFW runway this season, and as the city says farewell to the annually anticipated fashion festivities, it’s undeniable that this sister duo has certainly made their mark this time around.

Like their mother and Real Housewives of Beverly Hills cast member, Yolanda Foster, before them, the Hadid sisters have basically staged an epic fashion industry takeover from the get go. Once Gigi was crowned model of the year, it was only a matter of time before Bella blossomed as next in line to join the millennial model squad.

It’s almost inhuman just how gorgeous these young women are, and I can only imagine how difficult it could be to work in such a competitive industry with your sister. I can only assume in most cases one sister would accumulate more attention than the other, but I’m not seeing that here. Aside from the fact that Gigi got a kick start to her modeling career in 2011 when she signed with IMG, three years before Bella, both of these beauties have been recognized for not just their looks, but natural talent in front of the camera.

I'll be on the look out for these supermodels in the making, but until then let us celebrate the youngest Hadid's first New York Fashion Week, applauding her success, by re-living each of her stunning appearances.

This season it's all about the blast from the past factor, and for Diane Von Furstenburg's 2016 collection, Hadid walked the runway in a floral jumpsuit and fringe handbag.

Arguably the most lighthearted show of NYFW, Hadid showed off her bikini bod in a mesh top and jaw string bottoms —which were nowhere to be found by the finale, as the models made quite the splash on a water soaked runway.

Naturally the young model participated in her Jenner BFF's brother in law's collection. Yeah, yeah, yeah, they're so hard.