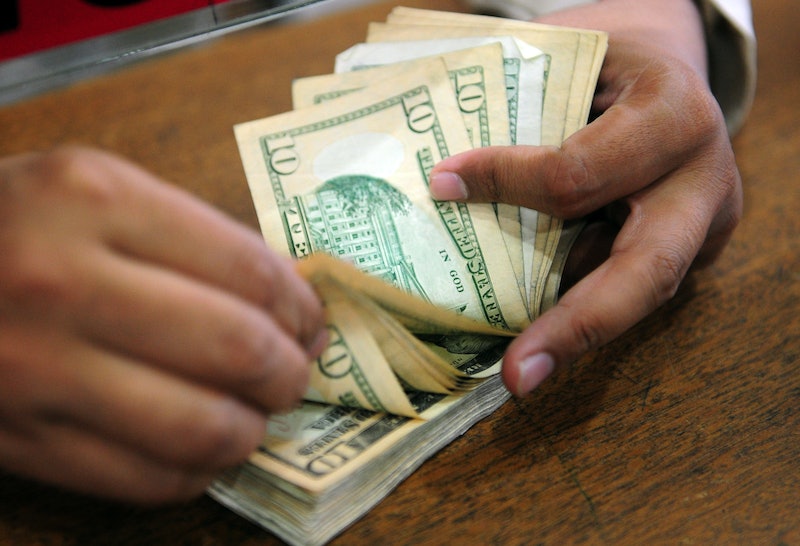 The second Republican presidential debate on Wednesday night lasted a grueling three hours and covered everything from foreign affairs to potential Secret Service code names. Can you imagine being at the Ronald Reagan Presidential Library for a three-hour political slug-fest? I can, but I'm odd that way. Still, people were ready for a little levity by the time CNN moderator Jake Tapper asked the Republican candidates which woman they'd put on the $10 bill. That could be why no one knew quite which way Gov. Chris Christie was going with his response: "I think the Adams family has been underrepresented in the currency business." Which Adams woman should be on the $10 bill, according to Chris Christie? Well, Christie said Abigail Adams would be the perfect pick, but if you thought he meant Wednesday or Morticia, you weren't alone. And these Addams family on the $10 bill memes prove it.

The U.S. Mint announced earlier this year that when the redesigned $10 bills are unveiled in 2020, some would feature a woman chosen for her contribution to American history. And several GOP contenders seized the moment in the debate to offer thoughtful responses about female leaders. We heard responses from "my mom" to Rosa Parks — even Margaret Thatcher got a nod (is that even legal?).

But Christie's response blew them all away in its awkwardness. And the internet responded with some of the funniest memes of the Addams women we thought Christie was endorsing.

Wait, What Did He Say?

Not sure if Cousin It is eligible or not, but It is channeling what we were all thinking in that moment.

Morticia Would Be Awesome On The $10

Morticia was clearly the brains that kept the Addams family running smoothly. Sounds like a good pick to us, Gov. Christie.

Gomez and Morticia were basically Bonnie and Clyde, so this might actually make more sense.

They're creepy and they're kooky. Mysterious and spooky ... If the U.S. Mint could make this happen, I'd promise to sing that song every time I hand over my cash at a register.

In the end, I think we all know the Addams woman that Christie was really thinking of. Morticia and Gomez may have been the adults in charge, but the truly dominant force in the family was the youngest female Addams: Wednesday. She was strong, assertive, and by far the scariest member of the family.