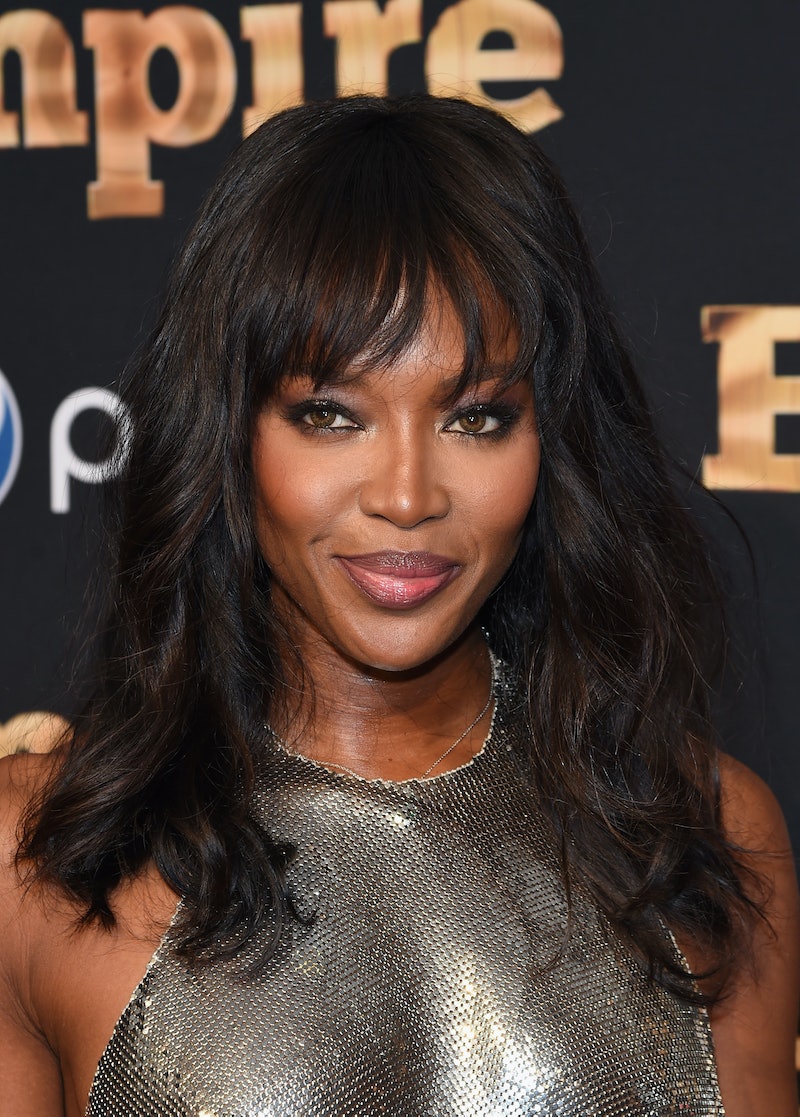 The #FreeTheNipple movement has been around for awhile now, fighting against the unjust censorship of women's breasts in all contexts. On Wednesday the movement got a glamorous new spokesmodel when Naomi Campbell posted a #FreeTheNipple photo to her Instagram account. The picture, which was taken by famed high-fashion photographers Mert Alas and Marcus Piggott for Garage magazine, actually serves a double purpose. The image both furthers the #FreeTheNipple anti-censorship manifesto and also promotes Campbell's forthcoming book from TASCHEN, which will include two volumes of gorgeous images.

The shot in question is a stunning black and white portrait of the OG supermodel, defiantly staring into the camera while topless, challenging arbiters of tastefulness to silence her. And that's exactly what they did, despite how obviously artistic, gorgeous, and thoroughly unoffensive the image is.

Within a matter of hours, Instagram had taken down the image citing that it violates their terms of use. Campbell is by no means the first celeb to protest the app's double standard when it comes to nipples. Many before her have tempted Instagram's censorship to erase their images if not their entire accounts. Here are five of the movement's most outspoken celebrity supporters

Rihanna is constantly, flagrantly flaunting her objection to Instagram's modesty police. The pop star is unquestionably proud of her body and isn't afraid to share it with the world, most notably getting her entire account deleted after sharing a number of scandalous images from her photo shoot with Lui magazine in 2014. She then protested the app for six months before finally giving in and making her big social media return.

Cyrus is the number one champion of pasties, so you'd think Instagram would leave her nakedness alone. And for the most part, they have, even despite a few cheeky appearances from her areola. Cyrus did make her support for #FreeTheNipple widely known, however, joining Scout and Tallulah Willis for a nipples-out photoshoot that Instagram let slide thanks to some well-placed stars.

Willis got involved in the movement after Rihanna's censorship made headlines, taking to the streets of New York without a top to defend women's right to show as much or as little as they choose. She also staged a mini Twitter protest posting a string of image of herself in just a floral skirt with the caption, "What @instagram won't let you see #FreeTheNipple."

Delevingne has been one of #FreeTheNipple's most outspoken supporters, regularly baring it all to create meme-worthy images and even lending her breasts to be the face, er nipples, of the movement.

Teigen is no stranger to Instagram-objectionable images. The model posted an image from her W magazine spread called "Privacy Settings," where her nipples were on full display. But Teigen didn't let the censorship stop her, she continued to post the picture put through increasingly artistic filters, making it look like an oil painting or a drawing, but those were removed as well.

Handler is proud of her body, so when Instagram took down her hilarious photo where she spoofed Vladimir Putin riding a horse shirtless, Handler just kept the nudity coming, later tweeting "If a man posts a photo of his nipples, it’s ok, but not a woman? Are we in 1825?”

When the Vogue legend first joined Instagram about a year ago, she posted a cartoon of herself sunbathing nude to promote a Paddle8 auction she was involved with at the time. Almost as soon as she posted the little drawing, Instagram deleted her entire account. Even though they quickly restored the image and apologized for their mistake, it seems like not even cartoon breasts can catch a break.