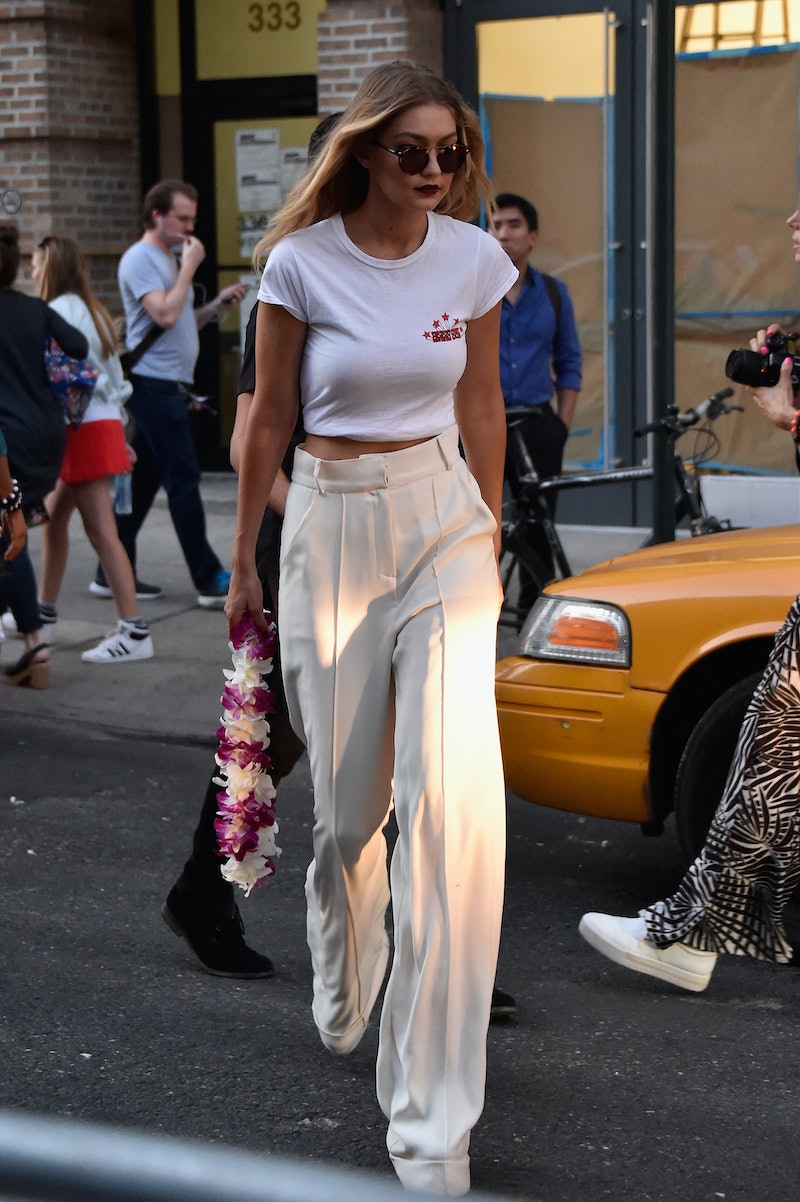 The upcoming designer collaboration that has fashion lovers frothing revealed another piece this week, with Gigi Hadid stunning in an H&M and Balmain dress at a Harper's Bazaar party last night. It would be an understatement to say that the model slayed the look, because that's how killer it was!

Balmain went with an extremely strong fall campaign in which Hadid stars, featuring powerful sister duos such as Kendall and Kylie Jenner, Joan and Erika Smalls, and Gigi and Bella Hadid. According to the Creative Director Oliver Rousteing, the campaign is meant to be "a celebration of the unique and unconditional love of siblings."

When it comes to Balmain, many are beyond ecstatic that H&M is a part of the equation, because that means prices will be much more affordable. Typically, loving luxury comes with a price, but not this time! The collaboration is set to drop on November 5th in stores and online, and the anticipation is killing me! Although that seems to have been the plan the whole time. With news of the collab breaking so early, teasers were to be expected. And I'll be the first to say, it's not funny anymore! I'm sure we can all agree on that. These individual tastes of this up and coming collection have been seen on a few of our favorite celebrities throughout the past few months.

So, let's take a little look at the forerunners of the H&M and Balmain army!

4. A Few More Glimpses From H&M

Better get ready for Balmain!