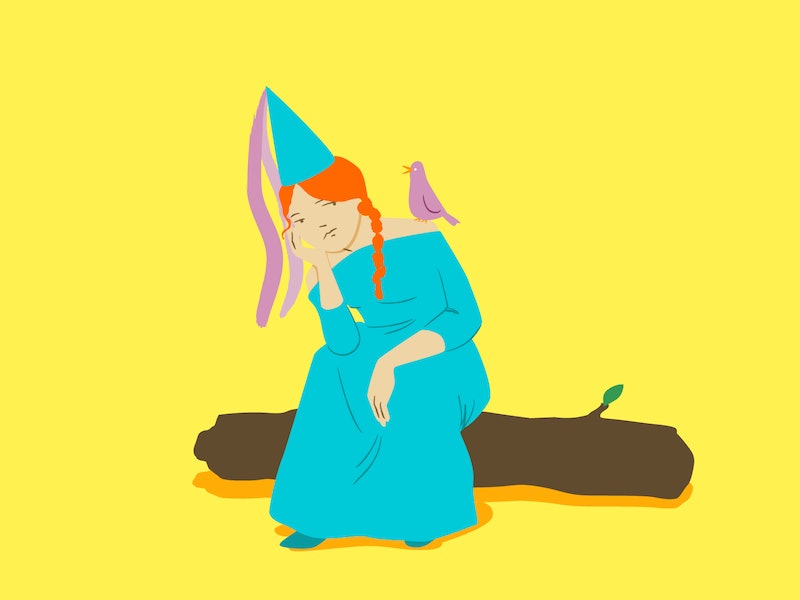 Princess stories have long been the bane of feminist parents everywhere, and now one Argentine author is determined to provide an alternative. Fed up with children's stories that reinforce traditional gender roles, Nadia Fink decided to create "anti-princess" books about real Latina women. "We wanted to break the stereotype of women whose beauty is based on their external appearance and show examples of women who had inner beauty," Fink said. So far she's written about Mexican painter Frida Kahlo and Chilean folk singer Violeta Parra for the "Antiprincesa" series, and her next book will cover the life of Peruvian independence fighter Juana Azurduy.

In telling these women's stories, Fink made it a priority to show how their lives didn't conform to a classic damsel-in-distress narrative: rather than waiting around for a prince to save them, they changed their own lives. For example, when Parra needs an outfit for a fancy event, there's no magical fair godmother to help her — instead, her mother sews a skirt out of a curtain.

Of course, the challenge of writing about real women, especially complicated women like Kahlo and Parra, is that their lives were not always kid-friendly. Fink doesn't go into too much depth about Kahlo's struggles with depression, but she does touch on her bisexuality. Fink also straightforwardly explains that Parra's husband left her because of the singer's unwillingness to be a housewife. It was important to the author not to underestimate children. "We try to use simple language, but not overly simple, and present hints so they will continue to investigate," she said.

Fink's books are illustrated by Pitu and published by Sudestada y Chirimbote. So far, they're available only in Spanish, but hopefully English translations aren't too far behind, so that even more young girls can learn about these fascinating women's lives.