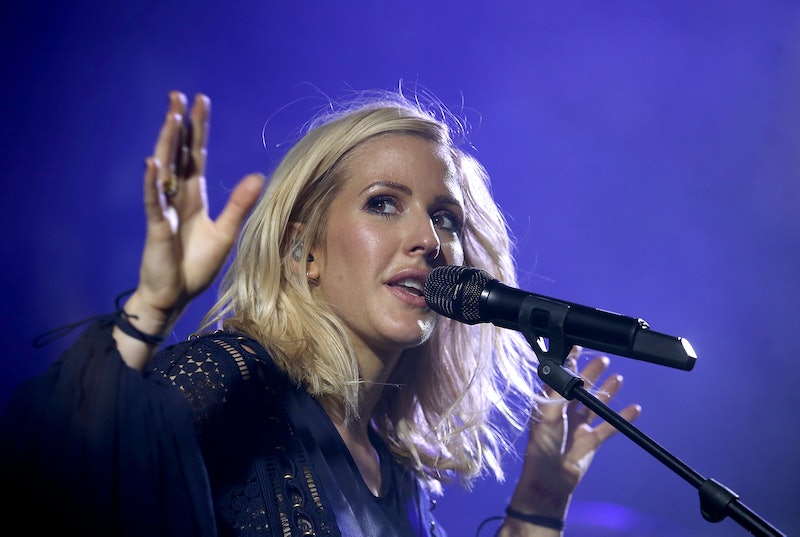 For the music-obsessed among us, it can be a tough life. We live in a constant state of waiting for our favorite artists to release new albums, and because we have so many favorites, it's an endless cycle — but at least it's a good one. I know summer tends to get the most hype when it comes to party tunes, and summer jams are great and all, but there's more to life than club anthems. Lucky for us, this fall has some fantastic new music to look forward to, so we'll never run out of good stuff to fill our eardrums. That's the good news; the bad news is that a few of the albums are still a couple of months away. We'll get there eventually, we just have to stay strong.

If you want to start filling out your calendar with new tunes leading up to Christmas, now's a good time to start. After all, you need to be organized so you can minimize your chances on missing out on — or being late on — some really good sounds. Some of the biggest albums from the biggest artists are coming out in this quarter of the year, so we're in for an amazing end to 2015.

First up is Lana Del Rey's Honeymoon, the long-awaited follow-up to her 2014 album Ultraviolence (which I admittedly wasn't much of a fan of). If the first single from the album, "High By The Beach", is anything to go by, we're in for some amazing moodiness and classic Lana Del Rey old school ambiance.

Disclosure's 2013 debut album, Settle, was on constant rotation in my iTunes when it came out and for nearly a year afterwards. It was an absolute killer record, and given what I've heard from their follow-up, Caracal, thus far, it looks like their sophomore effort is going to be equally as amazing, if not better.

Fans of Selena Gomez will be really looking forward to Revival, which promises to be a completely new side to the artist that we've never seen before. The first single, "Good For You", is a true departure from her younger, more childlike sound and a venture into sexy adult territory. I'm here for it.

Demi has been "cool for the summer", so to speak, but Confident is coming out in fall, so I'm hoping for some "Skyscraper"-esque ballads, as well. This will also be her first release on Safehouse Records, which Demi launched with Nick Jonas and her manager, Phil McIntyre. Get it, Demi!

Little Mix are the most powerful girl group on the planet, and for good reason — they're incredible. Get Weird will be their third album, and the lead single "Black Magic" is incredibly promising. No doubt the girls will have us dancing and feeling like total badasses, as usual!

Ellie only just released the first single from Delirium, her third album, on Thursday, and oh boy, is "On My Mind" an amazing song. She's hoping this will be her big experimental pop album, and having followed her music from the beginning, I'm way too excited for this next part of her evolution.

Justin is doing amazingly well with "What Do You Mean", the first single from his as yet untitled album due out on November 13, but I don't really get why we still don't know what it's going to be called. Maybe he hasn't decided? Who cares — I'll still be buying it.