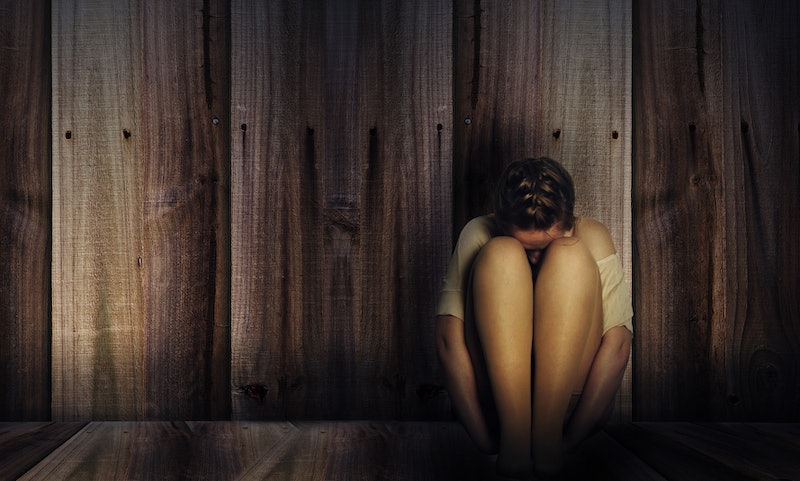 Considering the hundreds of thousands of Americans taking antidepressants these days, it can be difficult to remember that many medications haven't been around that long in the grand scheme of things. This makes it even more shocking when studies call them into question — are antidepressants safe after all?

According to new research from the University of Adelaide in Australia, some are safer than others. Thanks to Restoring Invisible and Abandoned Trials (RIAT), an international initiative calling for the release of previously unpublished information, researchers were able to reevaluate a 2001 study regarding antidepressant paroxetine, commonly known as Paxil, Aropax, and Seroxat. At the time, researchers concluded that paroxetine was safe and effective for adolescents, but a reanalysis of the data indicates that it might actually have the opposite effect: Adolescents who took paroxetine were in fact more likely than the placebo group to experience adverse reactions like self-harm and suicidal thoughts. Additionally, the drug was no more effective at relieving depressive symptoms than a placebo.

"This is highly concerning because prescribing this drug may have put young patients at unnecessary risk from a treatment that was supposed to help them," lead researcher Jon Jureidini said in a statement to Science Daily.

This isn't to say paroxetine isn't an effective antidepressant for adults, or that it isn't able to perform other functions as a drug — like many pharmaceuticals, it isn't used to treat just one illness. Paroxetine has been prescribed to treat obsessive-compulsive disorder, post-traumatic stress disorder, and even premenstrual dysphoric disorder, and currently, there is no research advising against its use. Neither does this mean that all antidepressants are dangerous. There is a solid, steadily-growing body of research indicating that antidepressants can have tremendous effects on recovery from depression.

On the other hand, the outcry over paroxetine is indicative of our larger attitudes toward antidepressants as a society. We so desperately want a magic pill to cure all our problems that we place impossible expectations on drugs. If they don't cure depression, as if depression is something that can be cured, we claim that they don't "work."

However, the question isn't whether antidepressants work; mental illness is massively complex and dependent on so many cultural factors that it's likely no single solution will ever present itself. The placebo effect is thought to have an impact on antidepressants' effectiveness, but does that make them less effective? In other words, does it really matter why someone recovers, as long as they recover?

That being said, the paroxetine scandal makes it clear why scientific research should be made public. Without RIAT, it could have been another 14 years before anyone thought to replicate the trials — who knows how many teens could have been negatively affected in that time?

"We... learnt a lot about incorrect reporting and the considerable fall out that can be associated with distorted data," Jureidini said.

As the New York Times points out, though, there is a silver lining. Paroxetine's effects are disturbing, but at least we know the scientific community has the capacity to self-correct. Even so, that's cold comfort for the hundreds of thousands of patients affected by its prescription over the years.