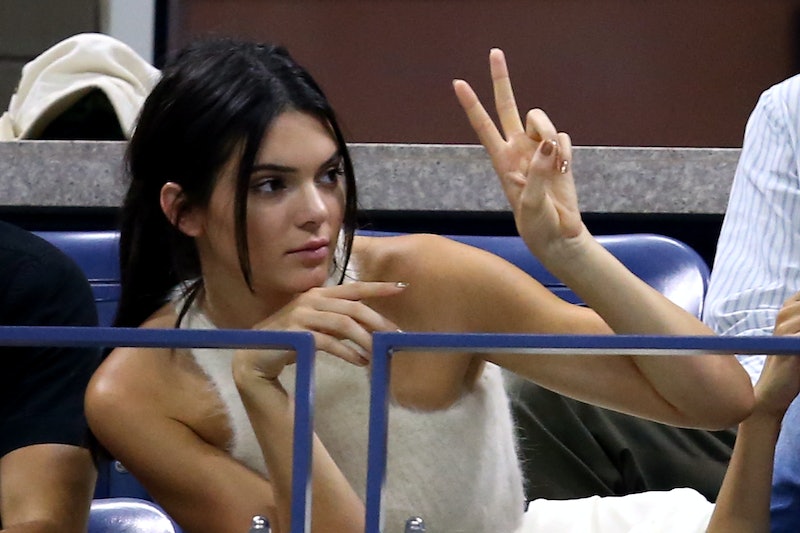 Even though Chipotle is widely loved by everyone, employees at New York City's SoHo location apparently still lost their minds when Kendall Jenner walked in around 9:15 p.m. on Tuesday night. Jenner, who has been in NYC for Fashion Week, obviously just needed her guac fix, but instead she first had to endure so much fangirling and so many selfies, at least, according to The Cut. Their Chipotle source revealed:

The Chipotle workers behind the counter were losing their minds when she came in and she didn't get helped for about five minutes because they were all shouting "Nooooooo way" and falling all over themselves and freaking out. She dutifully selfied with one of them, seemed pretty animated and friendly at the register, and then left pretty soon after. Not sure what she ordered, unfortunately.

It's well-documented that Jenner loves Chipotle, so it should obviously be written into the Chipotle handbook that all employees in an area where she could potentially appear should be on constant alert that she might walk in at any second. Or at least, let the girl order first, then fangirl second.

As for Jenner's love affair with the best chicken-and-rice bowls this side of Mexico, this is far from the first time that she's casually strolled into her nearest Chipotle and fulfilled her heart's every desire. Like, there was this time in November 2014 when she picked up Chipotle in sheer leggings and a blue hat:

And then this time in 2013. I know, I know, it's hard to tell if this is actually Jenner because the picture is so blurry, but if it's not, at least we know that people associate her with the delicious goodness:

And who can forget when this parody account tweeted the gospel truth (so, like, even though it wasn't actually a quote from the model it may as well have been):

Kendall Jenner: She may be wealthier, more successful, and have more opportunities than most of us will ever know, but at least we know we're all on the same page when it comes to Chipotle. And, at the end of the day, that's all that really matters.