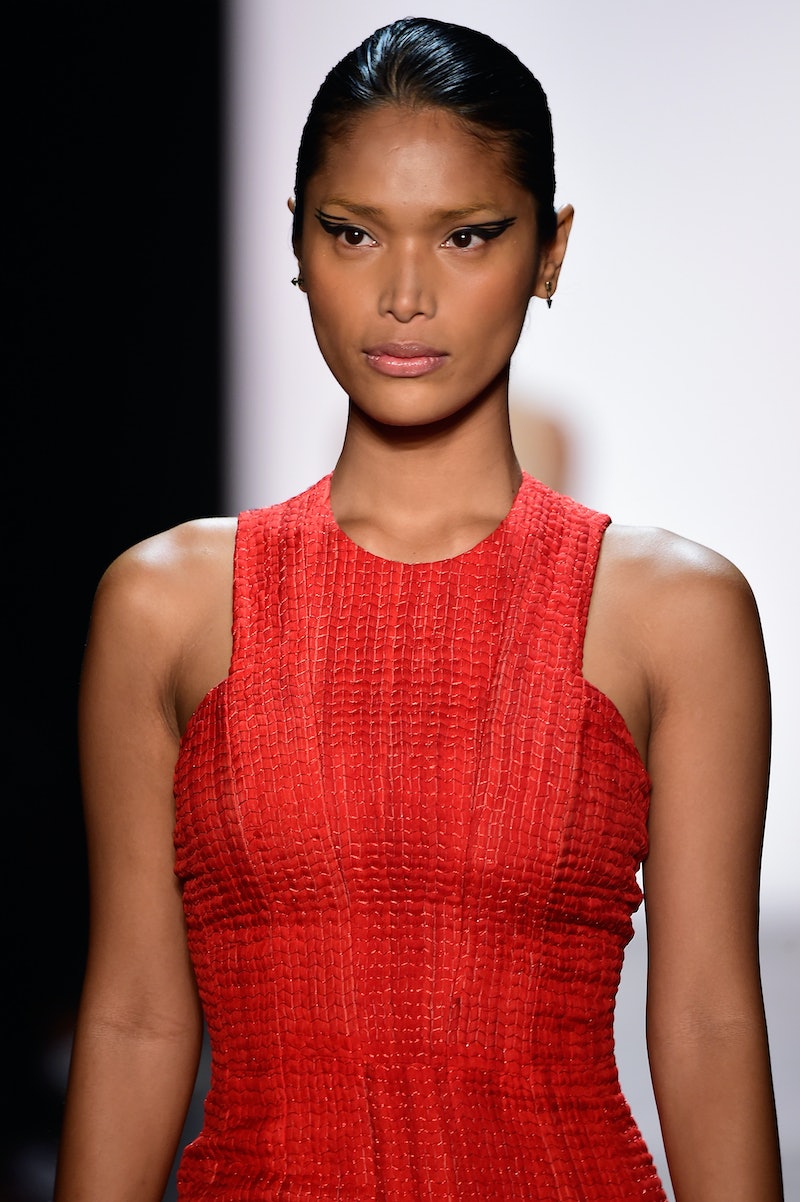 Whether she's giving an inspirational TED Talk or walking the runways at New York Fashion Week, transgender model and activist Geena Rocero is a true force of nature. The statuesque beauty sashayed down the catwalk for Carmen Marc Valvo's star-studded show on Sept. 16, but her appearance held a deeper meaning for the model and the transgender community. In an interview with Gothamist filmed backstage at the show, Rocero talked about how her NYFW experience will help open the door for young people all over the world.

"As a transgender person of color, as an immigrant who grew up poor in a tiny little alley in the Philippines, and here I am in New York City doing the biggest fashion show... for a young trans person to see that, it changes that person's life," Rocero said. "To finally see that it's possible for a young trans person to pursue his or her dream to be the person whoever that you want to be."

Rocero wore not one, but two dresses from Valvo's spring/summer 2016 collection — a red evening gown and a black-and-white mini — and looked stunning in both. Celebrities in attendance at the designer's show included everyone from Vanessa Williams, to Whoopi Goldberg, as well as new parents Alec and Hilaria Baldwin. But in a room full of models and stars, Rocero easily stole the spotlight with her beauty, confidence, and purpose.

Ever since coming out as transgender during her TED Talk last year, Rocero has become one of the most visible figures of the LGBT community. She started the organization Gender Proud to help campaign for trans rights and to battle the issues they face. Most recently, Rocero appeared on the series finale of I Am Cait as an esteemed guest at Caitlyn Jenner's renaming ceremony. After spending nearly a decade of her modeling career hiding her true identity, Rocero found that the fashion industry was willing to embrace her with open arms.

"The fashion community responded beautifully when I finally shared my story," she said. "Now I get to just be myself."

Rocero (fifth from right) at Jenner's renaming ceremony, which aired on I Am Cait.