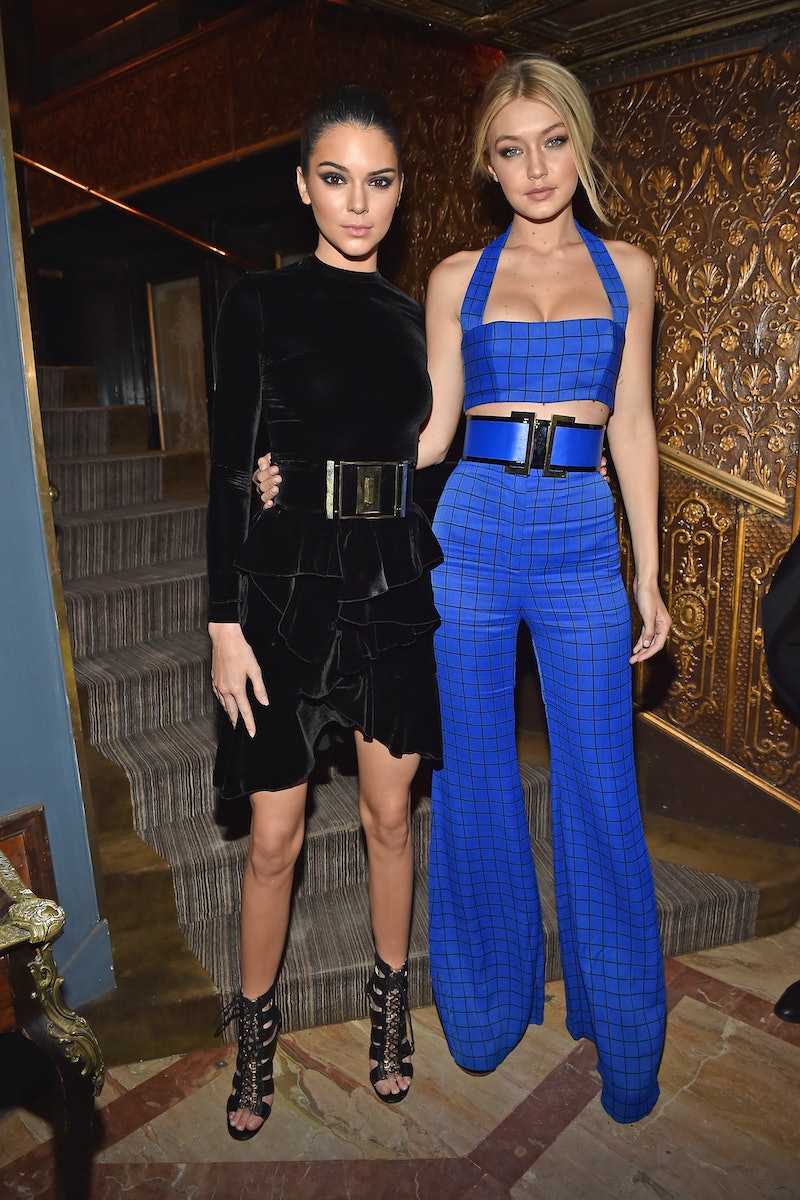 Unless you've been living under a rock, it's pretty common knowledge that Kenny and Gigi are bffs. Now, their girl romance is forever imprinted in a mural of Kendall Jenner and Gigi Hadid in New York City. Painted on a wall in the Lower East Side at the height of fashion week, the mural features the two models next to each other in gorgeous bright hues.

While New York Fashion Week is over and taking these two with it, it seems as if their spirits will reside in New York City for a long, long time. Well, we also get our daily dose of Kendall when we see the larger-than-life Calvin Klein ad on the corner of Houston and Lafayette, but this new painting shows us an artsier look to her.

Street artist Bradley Theodore is responsible for the colorful image, tagging his Instagram handle, as well as the handle for Glamour Magazine. Both Jenner and Hadid are clad in (of course) black outfits, with Jenner rocking a pretty deep V. Hadid, on the right, has her signature beautiful blonde locks, and her face is painted in purples, blues, greens, and reds.

Beneath the two, almost reflecting them, is a cityscape, I'm assuming Manhattan. Though, there are also palm trees — maybe it's a tribute to their bicoastal lifestyles as models? Either way, I'm into it. Theodore used his famous dia de muertos-inspired style to paint the two, which explains the strong faces and many colors. As for Glamour's participation, they actually commissioned the artist to create this image in honor of Fashion Week, according to Complex.

If you live in New York City, or have ever visited, you may have seen Theodore's work in the past — some famous murals include other fashion powerhouses, like Anna Wintour and Karl Lagerfeld. To peep this particular mural, walk over to 71 Ludlow Street, between Grand and Broome.

In a statement, Jenner said, “To be painted by a dope artist who thinks it’s cool to paint the two of us might be the best thing ever,” reported The New York Post.

Because I'm sure you're dying to see more of Theodore's incredible work, peep more major fashion icon portraits below.

Bet you didn't think Alexander Wang could look cooler than he already does.

I love how Theodore is able to make the famous Kate Moss portrait exciting to look at again.

I doubt that street style icon Nick Wooster needed convincing that he's made it in the industry, but this is a nice reminder.