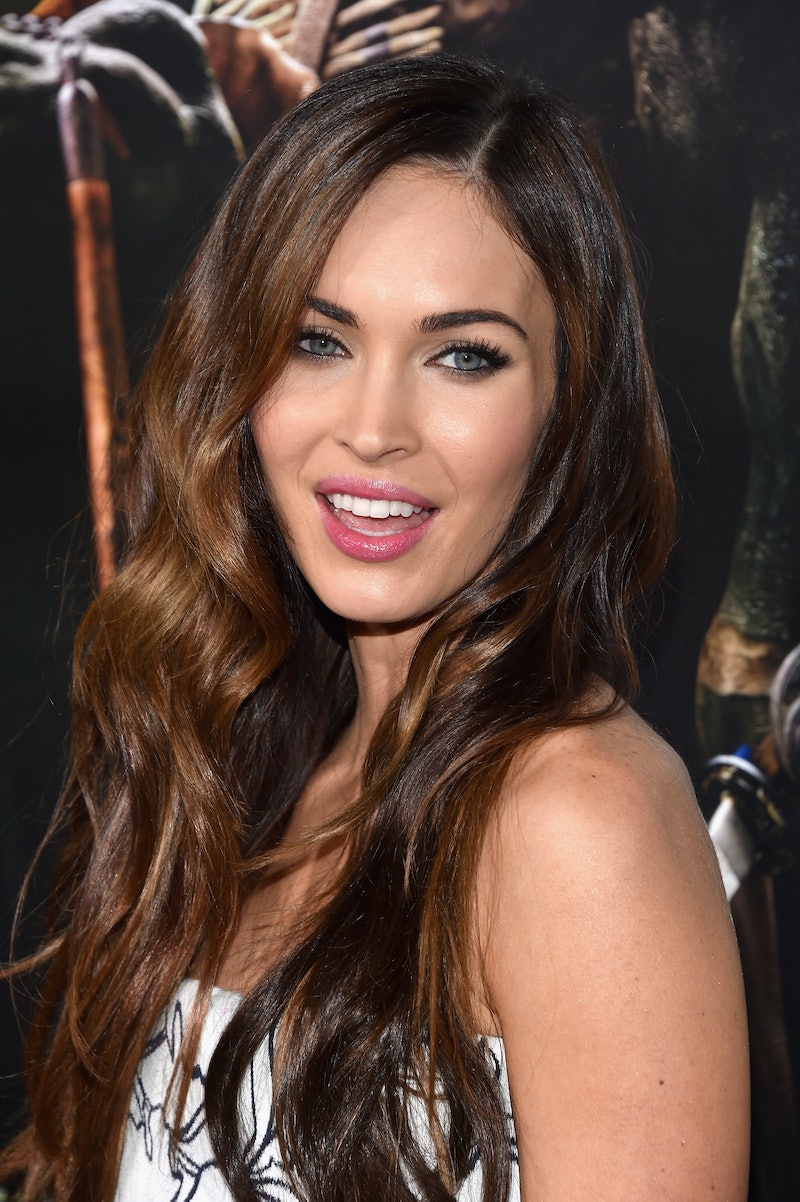 I know you likely just about had a heart attack reading that headline, but don't worry: Zooey Deschanel's Jess is not being replaced replaced on New Girl. Yes. everyone's favorite quirky sitcom lead Deschanel will be taking a bit of time off during Season 5 due to, you know, having a baby and all — but she will be back. And, luckily, the show has just signed on a big star to make up for her absence: Megan Fox will be joining the cast of New Girl for its fifth season, and it's more than just a one time episode deal. Fans of the Transformers star will be happy to hear that Fox will have a full character arc on the series, which will happen sometime in January. According to Entertainment Weekly, Fox's character will rent out Jess' room when she's on "jury duty" (which I guess is a new euphemism for bringing a child into the world). The character will be named Reagan, a pharmaceutical sales rep that will definitely add some new dimensions to the cast.

If you think this is an odd casting move on New Girl's part, remember that Fox has done a bit of work in the comedy sphere before. The shows executive producer, Liz Meriwether, even said "we had Megan in mind when we wrote this part," as well as, "It’s insane to me that such a gorgeous person can be so funny, but I guess we just all have to accept it... I’ve been a fan of her comedic skills since This is 40, and I’m so excited to have her on the show," — so obviously, Meriwether believes in Fox's comedic chops.

Let's take a look at some of Fox's previous work in the comedy world to prepare ourselves for her appearance in New Girl.

As one of her first gigs in the sitcom world, this was a pretty big performance for Fox.

Apparently, this was the role that got Fox the job on New Girl. She played the foil to Leslie Mann's character, and does a good job holding her own beside the hilarity that is Mann.

3. How To Lose Friends And Alienate People

She played Sophie Maes, a rising star that gets caught up in a love affair with the film's lead (Simon Pegg), in this comedy from 2008.

You might have forgotten about this, but Fox made a quick cameo in Sacha Baron Cohen's film, where she played none other than... herself.

Another one that might have flown under the radar. Fox had a quick cameo on Amanda Bynes' sitcom.

Fox played love interest opposite Adam Scott in the film about two life-long friends (Jennifer Westfeldt, Scott) that decide to have a child together.

More of a dark, dark, comedy really — but Fox gave a killer (no pun intended) performance as the demonic Jennifer in Diablo Cody's Jennifer's Body, so it counts.

Fox had a regular role in this Kelly Ripa-starring sitcom.

Though this will be Fox's first sizable gig on TV in over a decade, I'm excited to see what she'll bring to the table... or should I say, the loft?