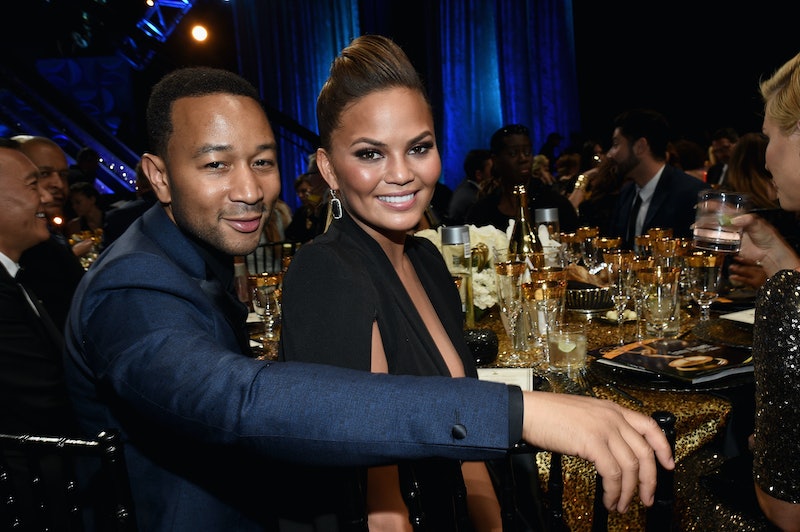 The couple who is my benchmark test for whether happily ever after truly exists could be coming to televisions, and I can't wait. According to Variety, John Legend and Chrissy Teigen are producing Ordinary People, a romantic comedy series that will loosely be based on their relationship. The outlet reports ABC put in a pilot order for the power couple's newest project. And how cute is it that it's named after Legend's wildly successful single aka the soundtrack of my early high school angsty love?

According to Deadline, the series "explores an interracial couple with very different personalities and big ambitions." Sounds like a pretty spot-on interpretation to me, given Legend's Grammy Award-winning chops and Teigen's multi-faceted entertainment career as a model, co-host of Lip Sync Battle, and Instagram star. Seriously, one of my dreams is to be invited to a dinner party at her house where I can play with her dogs.

Variety and Deadline also report music will be instrumental in the show, which honestly isn't surprising given Legend's background. Having been to one of his concerts, the man can saaang, and if this show takes just a half-note of that, count me as a pledged viewer.

From chicken wing teases to stunning red carpet walks, Legend and Teigen's marriage is what made #relationshipgoals even a real thing. Here's hoping the project comes out of pilot season alive, and we'll be getting a weekly dose of America's favorite couple on the small screen.