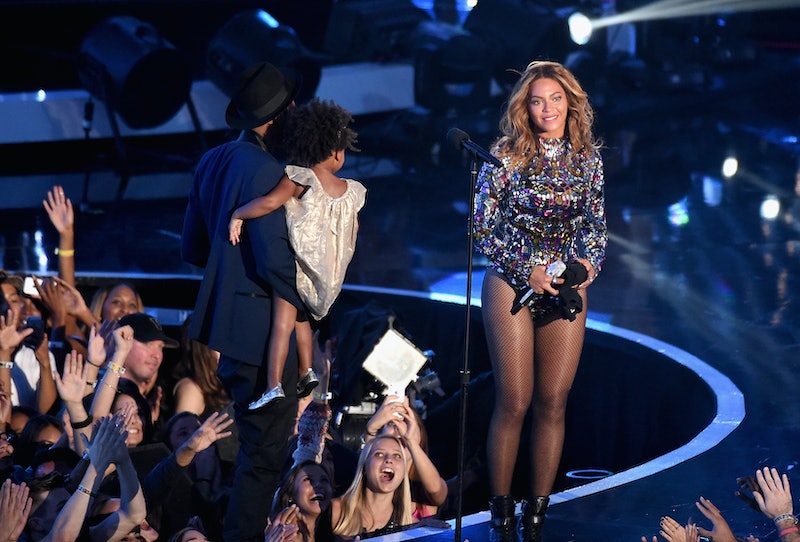 If there is one thing Beyoncé is good at — and let me clarify that, she is good at way more than one thing, just work with me here — it’s that she knows less is more. She isn’t super showy and doesn’t constantly post on social media. So, when she does, or when we get more Queen Bey insight elsewhere, it’s a big deal. But, it’s an even bigger deal when we get a look at a moment that involves Beyoncé and her daughter, Blue Ivy. For instance, Beyoncé and Blue's newest Instagram video. Why? Well, there's a few reasons. For one, Blue is an exceptionally cute toddler. And, secondly, Bey’s bond with her daughter is absolutely heartwarming.

Sure, there are a plethora of sweet mother-daughter relationships involving celebrities and normal people alike. I am not discounting that. But I am also not discounting just how adorable the Carter women are together, as well. I mean, have you seen a video of them together?! I feel that it is my duty to acknowledge their painfully cute relationship, because it thaws even my skeptical, cynical, and icy soul. Their interactions are so genuine in a not-so-genuine world and I think it's why these two strike a particular chord.

Here are nine other video and gif moments between Bey and Blue that will melt your heart:

1. When Blue Ivy Stole The Show While In Utero

My squeals from watching this moment can still be heard echoing the world over.

3. I Think I Can Safetly Say Bey's 2014 Video Music Awards Performance Was A Joint Effort

The apple doesn't fall far from the tree.

That night was a gift.

5. When They Gave Kisses For The Camera

Adding to the moment was Blue was wearing a "BEST FRIENDS" shirt.

6. When They Were Just Hanging Out Together With The Fam

They don't even have to try. The cuteness just radiates from them.

7. When They Went Hot Tubbing

Although, Blue doesn't look so sure about it.

8. When Bey Was Being The Sweetest Mom

9. When They Made Dental Hygiene Look Super Cool

Dentists everywhere should thank the Carter women for that adorable PSA.

Bey's done a lot of great things, but I think her just spending time and hanging out with her daughter is probably the greatest.