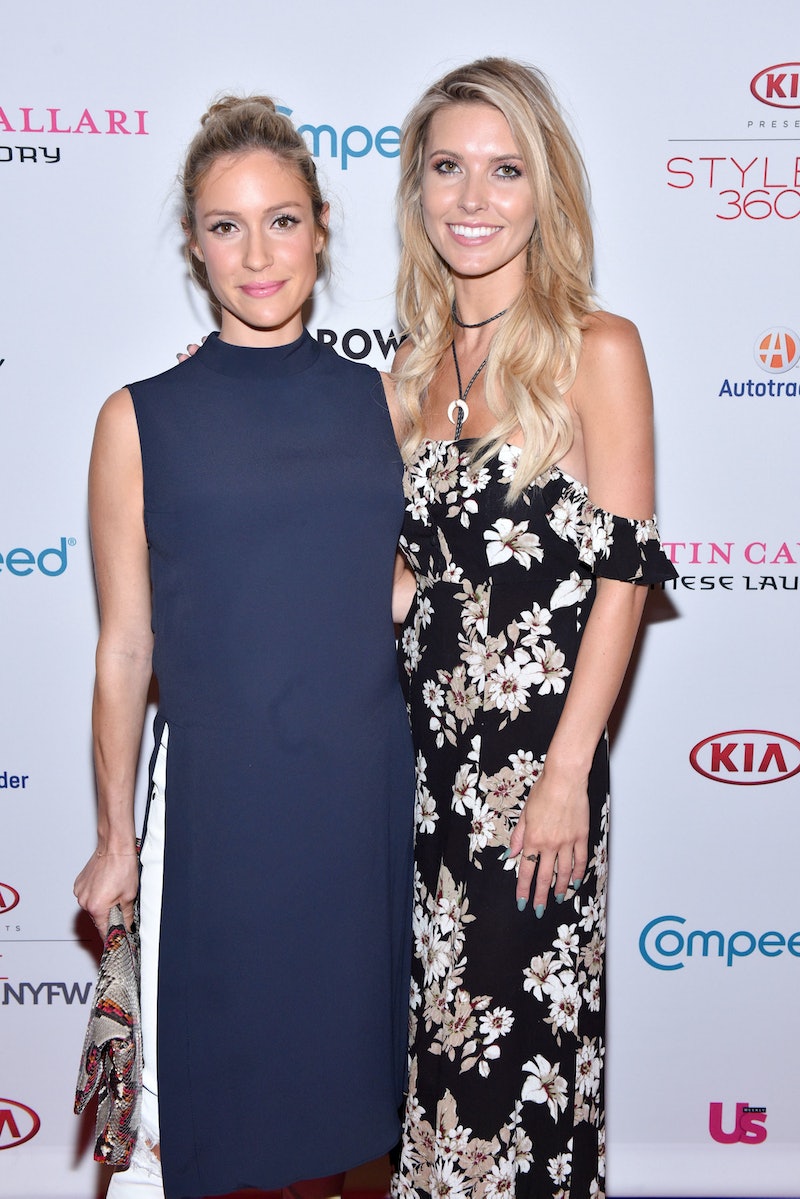 Gather 'round my fellow fans of the greatest reality series to ever hit MTV. Yes, I'm talking about The Hills. On Thursday, Kristin Cavallari and Audrina Patridge reunited at New York Fashion Week, and it's going to make you want to watch the drama of The Hills all over again. Patridge attended Cavallari's Chinese Laundry presentation at The Row hotel in Manhattan, where the two posed for some pictures and took selfies with fans. So, I'm sure you're wondering, "Was there a fight and a lot of drama?" Nope, because these two are now besties. Say what?!

That's right, the former reality starlets have moved on from all that scripted drama (especially with Justin Bobby) and now support each other like women should. Patridge had nothing but wonderful words to say about Cavallari's line. Commenting on the designer's boots, Patridge said, "These shoes are so Kristin, I love it!"

As for Cavallari, she couldn't help but gush to Us Weekly about her pal and said, "I haven't seen Audrina in a while, and I'm so happy that we were both in New York at the same time. I love her to death. I'm so thankful and happy that she came. She looks amazing, and it was really fun to catch up with her."

Will you look at that? They are besties and have nothing but nice things to say about one another. If you were a huge fan of the reality series, which also starred the forever beloved Lauren Conrad, then you know a lot of anger was exchanged between these two. And now, they're all like this:

It's a Hills miracle!